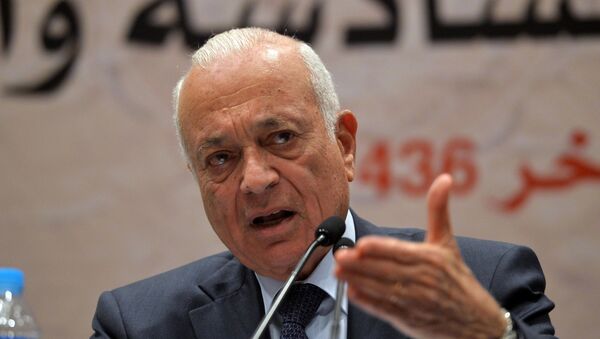 The League of Arab States calls on all sides to the Syrian conflict to adhere to the ceasefire deal between the government forces and opposition militants, Arab League's Secretary General Nabil Arabi said Tuesday.

Kerry: Parties of Syrian Conflict Must 'Work Out' Modalities of Ceasefire
CAIRO (Sputnik) – According to Arabi, a ceasefire in Syria will be "an important step towards a political settlement of the Syrian crisis."

"The Secretary General stressed the need to join efforts in order to encourage the Syrian government and all armed groups to adhere to the truce and the cessation of hostilities," the Arab League said in a statement.

On Monday, Russia and the United States announced that an agreement on cessation of hostilities between the Syrian government of President Bashar Assad and the armed opposition factions had been reached. The agreement will come into force on February 27.

The new ceasefire excludes Daesh and the Nusra Front terror groups, banned by the United Nations and considered terrorist organizations in Russia and the United States.