Scotland to Demand New Independence Referendum in Case of Brexit 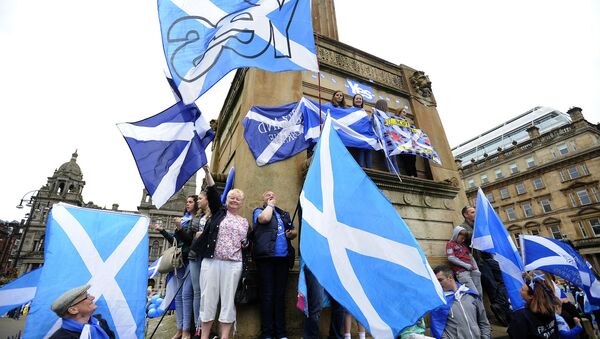 The Scots will initiate a new referendum on independence from the United Kingdom in case the latter leaves the European Union, the leader of the Scottish National Party (SNP) in Westminster, said on Monday.

UK Prime Minister Compares Brexit to 'Divorce'
LONDON (Sputnik) — The UK nationals are set to vote on June 23 in a referendum on the country's EU membership, after Cameron and 27 of his European colleagues secured a deal last week to grant the United Kingdom special status within the bloc.

"The SNP is a pro-European party and will campaign to see the UK remain in the EU," Angus Robertson added, while speaking at the House of Commons, noting that Scotland, which is part of Britain, does not want to be dragged out of the bloc against its will.

In September 2014, Scotland held a referendum on independence from the United Kingdom, in which over 55 percent of the electorate rejected secession.