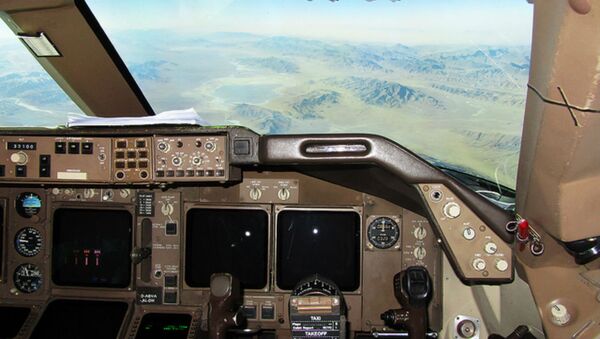 © Flickr / wilco737
Subscribe
The Kremlin to use Open Skies Treaty to fly aircraft equipped with high-tech sensors over the US.

The Kremlin will formally request permission from the Open Skies Consultative Commission, based in Vienna, to fly an aircraft equipped with high-tech sensors over the US mainland according to senior congressional sources. Washington challenges that the request, in keeping with the strict text of the Open Skies Treaty, violates the spirit of the treaty and should be disallowed.

The Open Skies Treaty, which entered into force in 2002, allows unarmed surveillance flights over the entire territory of all 34 member states. The treaty was designed to introduce monitoring and transparency in enforcing arms control agreements. However, senior US intelligence and military officials question whether Russia is exploiting the treaty for militaristic and intelligence gains.

Admiral Cecil Haney, commander of US Strategic Command, wrote to Congress earlier this year that "The treaty has become a critical component of Russia’s intelligence collection capability directed at the United States." Robert Work, deputy secretary of defense, echoed these concerns to Congress stating, "We think that they’re going beyond the original intent of the treaty and we continue to look at this very, very closely."

Is Russia Really Flying Secret Spy Planes Over the US in an Escalation of Tensions? No.

First, the State Department informed media outlets Sunday that treaty nations have yet to receive official notice from Russia and that certification under the treaty could not occur until this summer because the treaty requires 120-day advance notice.

Second, the signatories to the original 2002 treaty, according to one U.S. official, agree that "transition from film cameras (for surveillance under the treaty) to digital sensors is required for the long-term viability of the treaty." The treaty framework now establishes a process for certifying digital sensors to ensure they keep with treaty requirements. Hence, as undersecretary of state Rose Gottemoeller noted in December, what the Kremlin looks to gain from these observation flights is "incremental" to what intelligence can be collected through ulterior methods.

Finally, and most importantly, information and imagery collected pursuant to the Open Skies Treaty, per comments by undersecretary Gottemoeller, "is shared openly among all the treaty parties so we know exactly what the Russians are imaging, because they must share that imagery with us."

How Will the U.S. Respond to Russia’s Maneuver?

Assistant secretary of state for arms control, Steve Rademaker, charges that Russia is engaging in a high stakes game of "elective implementation” of the Open Skies Treaty noting that Russia has imposed surveillance restrictions in the past over Moscow, Chechnya, and near Abkhazia and South Ossetia. The move forces the Obama administration to decide whether to remain active participants in the treaty at a time when tensions between the two states continue to escalate and at a time when Russia is purportedly failing to meet its obligations under the same treaty. The chess game continues.