Ignorance is Power: EP Branch Eager to Clamp Down on Undesired Media 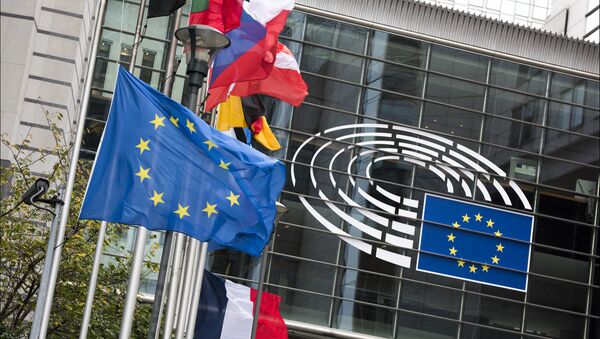 The European Parliament Subcommittee on Security and Defense is openly Russophobic in accusing Russia of waging an information war, MEP Javier Couso warns.

German Investigation 'Heralds New Front in Propaganda War Against Russia'
According to Couso, a recent subcommittee discussion on the matter of the so called 'Russian propaganda' and the 'threat posed by Russia' was attended by two NATO officials, one of them being an employee of Stratcom – the alliance's Strategic Communications Center.

"We were presented with a report which claimed that Russia and Russian media are lying to the Europeans and seeking to mislead them," Couso told RT. "I disagreed because we, the European citizens, were being told what we should or shouldn't watch."

He also mentioned that there’s already at least one team tasked with opposing 'Russian propaganda' by using a website and freelance employees to debunk ‘disinformation.’

"They intend to create Russian-language media outlets in order to oppose this 'propaganda', along with European media which would openly denounce journalists working for certain media agencies – for example, RT and Sputnik were mentioned by name – and accuse them of spreading disinformation," the MEP added.

Couso surmised that NATO’s goal appears to be preventing the EU from maintaining friendly relations with Russia.

"The thing is, NATO has made a strategic decision not only to encircle Russia, but to exclude it from Europe’s collective security system. Therefore, all of NATO’s actions – and, unfortunately, those of the EU countries which support the alliance – are aimed at preventing us from enjoying good relations with Russia, all for the US’ benefit," Couso concluded.

Earlier this month, the European External Action Service (EEAS) has already announced the creation of its Russian-language news website. According to the EEAS, the site will present visitors with a wide assortment of publications on the anti-Russian sanctions, life in Ukraine, and EU efforts in the Middle East, along with the so called 'Disinformation Reviews' compiled by a "mythbusting network" comprised of "over 300 experts, journalists, officials, NGOs and Think Tanks in over 30 countries."