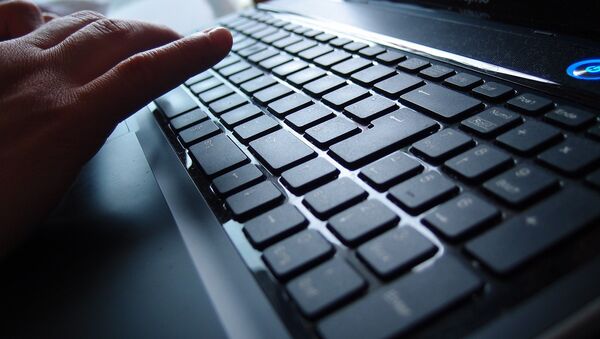 The mayor of Quickborn, Thomas Koppl, was debating with the town's citizens on Facebook about the far-right AfD party when he accidentally revealed the rest of his internet activity, German newspaper Bild reported.

Germany's Most Wanted: New Data Reveals 2015 Migrant Crime Wave
Mayor of Quickborn Thomas Koppl has attracted interest not only for his political stance, but his interest in pornography, after engaging in debate with Quickborn residents on Facebook about the right-wing, anti-immigration, eurosceptic Alternative for Germany (AfD) party.

Koppl, a member of Angela Merkel's Christian Democratic party, was on a skiing holiday in the South Tyrol when he decided to back up his assertions about the AfG with some screenshots of Germany's federal constitution.

"The position of this party belies the foundation of our constitution," he continued, and to prove his point, posted some excerpts of the German federal constitution.

​"But not only that," Germany's Bild newspaper reported the internet exchange on Thursday.

"In the screenshot the webpages that were previously visited are also visible: next to Wikipedia are sites with hardcore pornographic videos and sado-masochistic films like 'German Slut Punished,'" Bild reported.

Koppl noticed his mistake after a short time and deleted the post, but not before other users also noticed.

​"Where has that screenshot with the Wikipedia entry and the interesting taskbar suddenly gone?" asked one, called Alisha.

Internet users had already made screenshots of the taskbar, showing wikipedia and five other pornographic sites.

Koppl, 50, who is married with two children, returned to Facebook on Friday to explain the revealing post to the 20,000 residents of Quickborn, the town he represents in Schleswig-Holstein, northern Germany.

"Yes, I visited the sites in question," he admitted, and said that his internet activity was a result of ski-lift curiosity.

"The network was too slow for movies," he added.

Reached by Bild for comment on Thursday, Koppl said that he had no regrets about satisfying his curiosity.

"If I have information needs again, I will open the relevant pages again," he said.