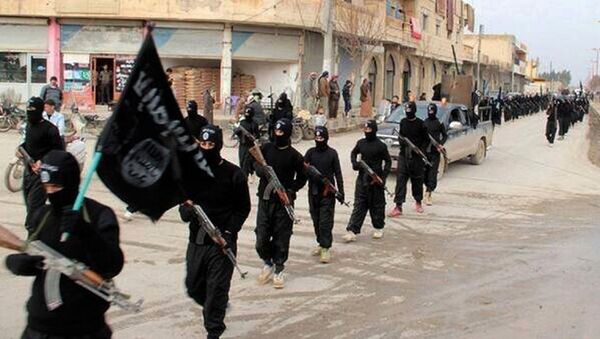 © AP Photo / Militant Website, File
Subscribe
International
India
Africa
Ekaterina Blinova
All materialsWrite to the author
The West and its Mideast partners are playing deceiving Machiavellian games in Syria, F. William Engdahl told Sputnik, adding that Russia is in a most risky situation if it believes that the other actors involved in the conflict, such as Recep Erdogan or King Salman and his impulsive son Prince Mohammed, are reasonable, as hate knows no reason.

The Art of War: Will Russia Outplay Washington's Cunning Geostrategists?
While tensions are simmering over the prospect of a Turkish-Saudi invasion of Syria, six members of the UN Security Council, including the US, UK and France, have voiced their objections to a Russian draft resolution aimed at restoring the sovereignty of the Middle Eastern state, fanning the flames.

The draft resolution, which denounces any actions that undermine the sovereignty and territorial integrity of Syria and condemns any plans for a foreign military invasion, has been dismissed by the US and French UN ambassadors as "having no future."

It is rather surprising that the proposed resolution, aimed at peace in Syria and the protection of the fundamental values of the UN charter, has immediately come under fire from Washington and the major European powers. However, there is an obvious explanation: the Western powers have repeatedly violated international law, having acted militarily in Syria without official permission from the legitimate government of President Bashar al-Assad.

In light of this, the contours of the Western strategy in Syria are getting clearer. The question then arises whether the Syrian Arab Army, backed by Russia's Air Force, will help Damascus restore sovereignty and re-unite Syria?

"What I feel is that at present the energy in Syria is, regrettably, one of death and destruction, everywhere. This cannot easily be healed such that Syria becomes a healthy sovereign nation as it was perhaps a century ago, prior to World War I. This is the destructiveness of war. It is not a question of military reconquest of land lost in the past five years of war. Were it so easy, the world would have healed the scars of all wars centuries ago. No one side 'wins' in war, only in peace," American researcher, historian and strategic risk consultant F. William Engdahl told Sputnik in an exclusive interview.

Will US War Party Authorize Turkish-Saudi Military Adventure in Syria?
By stepping in in Syria, Russia has actually entered a geopolitical chess tournament with crafty Western players. Will Vladimir Putin and Bashar Assad beat Washington's geopolitical grandmasters at their own game?

"This is a very difficult question to answer. My honest feeling is that the American Patriarchs as I prefer to call them, not grandmasters, have a deep plan with their many wars in the Middle East. The plan is simple — spread hate, destruction, a killing energy, not only in the Middle East oil countries but also in the EU as well as inside the United States, in China, everywhere, with their wars over oil in the end," Engdahl pointed out. 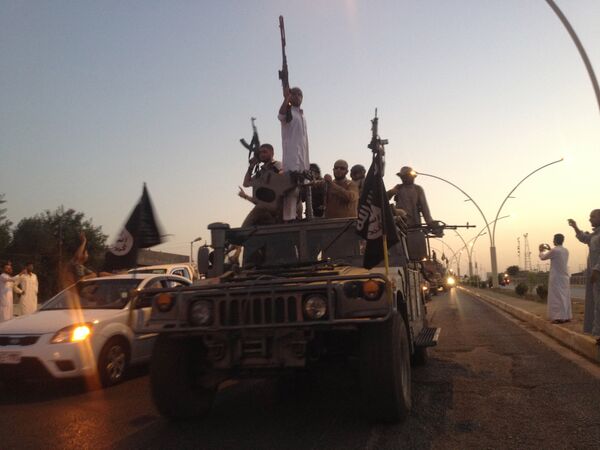 Fighters of the al-Qaida-inspired Islamic State of Iraq and the Levant (ISIL) parade in a commandeered Iraqi security forces armored vehicle down a main road at the northern city of Mosul, Iraq. (File)
© AP Photo

If the world is busy with such destruction, those Patriarchs have the misguided feeling they will prevail, the strategic risk consultant underscored, adding that we are in a kind of world war already.

"They ignited the Maidan Square coup in February 2014 to disrupt growing, positive economic and political relations, especially between Germany and Russia, to an extent between the EU and Russia. They have demonized Russia and her President in their media. China will be next in their sights," Engdahl stressed.

Crying Wolf: Ankara Adopting 'Terror' Methods in War Against Kurds
Indeed, a belt of instability has stretched from North Africa and the Balkans to Central Asia and beyond. Five years have passed since the "Day of Rage" in Libya which was aimed against the rule of Muammar Gaddafi. The uprising, enthusiastically supported by the West, has lured the country into constant turmoil. Meanwhile, in another part of the world, the Afghani failed state is still desperately fighting against Islamic extremists.

"I believe that they felt they were losing their control to nations [which were] acting more independently and sovereign in recent years, like Russia, like Germany, like China, like Iran and other states encouraged to assert national autonomy against the wishes of NATO. Of course, in the end they will only lose, but if we are not conscious of who we are, and who they are, as Sun Tzu said, they will manage to create huge destruction before that point. Simply think about the deep scars of the war 75 years ago," the researcher told Sputnik. 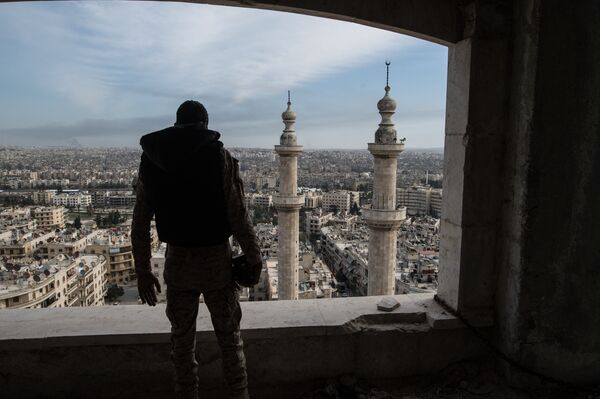 Does that mean the notorious Daesh (ISIL/ISIS) is a kind of "agent of destruction"?

"Daesh, simply said, is Saudi Arabia's monarchy. In my most recent book, The Lost Hegemon: Whom the gods would destroy, I describe in great detail the perverse 'unholy alliance,' brokered by the CIA in the early 1950s to mate the Egyptian death cult known as the Muslim Brotherhood with the primitive Saudi Wahhabist branch of Islam. The consequence of that was Mujahedeen, the Chechen wars, Bosnia's Mujahedeen war against the Serbs, and now Al Qaeda-Al Nusra and Daesh. Erdogan's family, supported in a perverse alliance by this Saudi monarchy, is embracing Daesh as a weapon to kill Kurds and create some kind of New Ottoman Sultanate, and to enable Saudi control of the oil and gas of Iraq, of Syria and of Yemen," Engdahl elaborated.

"But they will fail," the researcher remarked.

Has the Russian Military Just Forced Obama to Admit Defeat in Syria?
Despite the fact that the international community has repeatedly expressed its deep concerns over Daesh's "extraordinary levels of funding" and the imminent danger this poses to the Western civilization, UN Under-Secretary-General for Political Affairs Jeffrey Feltman admitted on February 9 that the terror group continues to sell stolen oil on the global market.

Some experts believe it would be impossible, hadn't a "tacit agreement" been concluded by European and American decision-makers. Back in June 2014 French intellectual, founder and chairman of Voltaire Network Thierry Meyssan called attention to the fact that Daesh and al-Nusra Front were selling stolen crude on the international market, "so monitored by Washington," without hindrance. That can only mean one thing, Meyssan suggested: they are either authorized by Washington or linked to storefront oil companies.

So, why do Washington and Western "oil barons" allow Daesh to continue selling stolen oil, replenishing its vaults with more money for war, terror and destruction?

"NATO uses Daesh and allows the oil to flow to that end, luring Erdogan and Salman into a well-planned trap. NATO, of course, is controlled by Washington and those American Patriarchs who steer the military-industrial complex and their oil barons. We need only to look at the statement recently of Hakan Fidan, head of Turkish MIT intelligence, urging the West to see Daesh as legitimate Muslims with a right to be respected and you get the idea," Engdahl emphasized.

"Everyone in this war is deceiving, playing Machiavellian games — Erdogan, Salman and his son, Prince Salman, Under-Secretary-General for Political Affairs Jeffrey Feltman, John Kerry, Obama, Cameron, Hollande. Russia is in a most risky situation in Syria if it and its leading people have any illusion that the other actors are reasonable. Hate knows no reason," the researcher warned.