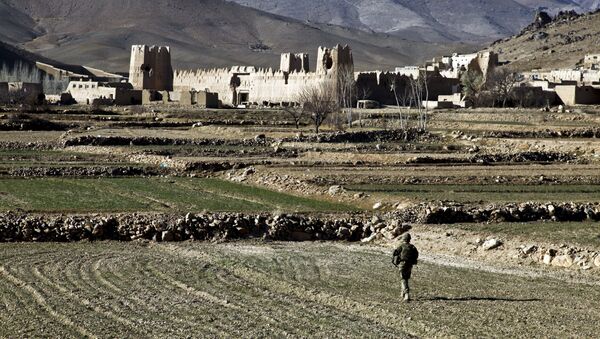 Afghanistan must investigate reports that its special forces raided a local medical clinic in the Wardak province and executed two patients and an 11-year-old caregiver, Human Rights Watch said in a statement.

WASHINGTON (Sputnik) — Human Rights Watch noted the Swedish Committee of Afghanistan (SCA) had informed them that uninformed Afghan troops forced themselves into the hospital earlier in February, dragged out two patients and an 11-year-old child and shot them.

"President Ashraf Ghani needs to send a clear message to the Afghan army that killing hospital patients deserves severe punishment," Human Rights Watch senior researcher on Afghanistan Patricia Gossman stated. "That means prosecuting any officer who ordered the killings, as well as the soldiers who pulled the trigger."

Blame it All on Moscow: Secret British Government Papers Revealed

The SCA would not say whether the men were affiliated with the Taliban, but did say the hospital in question treats all people regardless of their political affiliations.

Human Rights Watch urged the Afghan authorities to check whether any foreign donors had assisted the Afghan troops, including those from the United States, Germany or Turkey, which provide train, advise and assist support to Afghan troops.

"Foreign donors to the Afghan military should inform President Ghani that they will not underwrite the operations of forces that target protected medical facilities or execute patients," Gossman argued. "No government should want to be paying for such atrocities."

Reports of the latest attack on an Afghan hospital come nearly four months after US airstrike killed more than 40 staff and patients at a Doctors Without Borders (MSF) medical facility in Kunduz, Afghanistan.