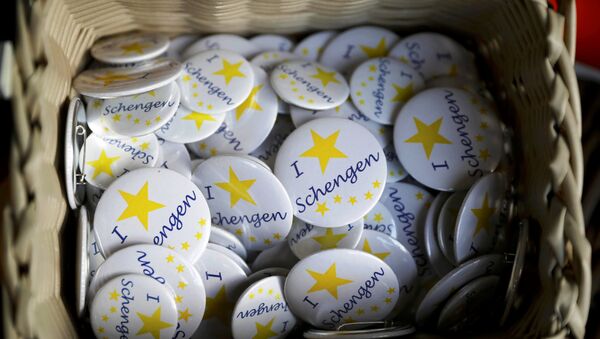 Austria has tightened its border controls at twelve checkpoints along its frontiers with Italy, Slovenia and Hungary to slow down the influx of refugees from Friday (February 19), immediately causing anger in both Brussels and Berlin, which have been leading talks on maintaining the Schengen passport-free zone, while finding another solution to the migrant crisis.

Migration Commissioner Dimitris Avramopoulos sent a stiff letter of complaint to Austria’s Interior Minister, Johanna Mikl-Leitner, in which he wrote:

"Such a policy would be plainly incompatible with Austria’s obligations under European and international law. Austria has a legal obligation to accept any asylum application that is made on its territory or at its border. I would urge you to reconsider the unilateral measures which you are proposing."

It is the latest blow to German Chancellor Angela Merkel and Juncker’s plan for an EU-Turkey deal to stem the flow of migrants arriving in Europe and the proposal to relocate migrants according to a mandatory quote system, which have been widely derided by some member states – in particular those in Eastern Europe.

The Schengen area is a central pillar of the European Union, allowing for the establishment of a borderless Europe, where 26 countries have abolished passport and other border controls. However, the outer ring of the Schengen zone has been found wanting, with hundreds of thousands of people crossing into Schengen unchecked.

The sheer volume of refugees crossing into Turkey and following the so-called West Balkans route has put intense pressure on many countries in Europe, leading to some countries – including Bulgaria, Croatia, Slovenia, Denmark, Hungary, Germany, Austria, Greece and Italy – re-establishing border controls. 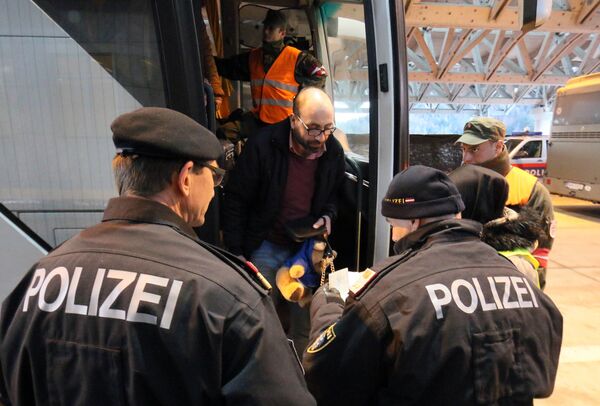 Austrian police officer check the identification documents of migrants before allowing them to get out a bus from Slovenia to cross the border from Slovenia into Austria, at a checkpoint at the Karawanks tunnel near Villach, Austria, Wednesday, Jan. 13, 2016.
© AP Photo / Ronald Zak

Only this week, the Visegrad group of countries – the Czech Republic, Hungary, Poland and Slovakia – together with Bulgaria and Macedonia have called for urgent action to close the borders Macedonian and Bulgarian borders with Greece to deal with the refugee crisis.

The leaders of the six nations meeting in Prague said progress on the agreement with Turkey to accept US$3.35 billion from the EU to shore-up its borders to slow the flow of migrants was not progressing fast enough. They called for "rapid and credible results of the implementation of the European Union-Turkey Joint Action Plan.