Beijing Calls on US, North Korea to Exercise Restraint 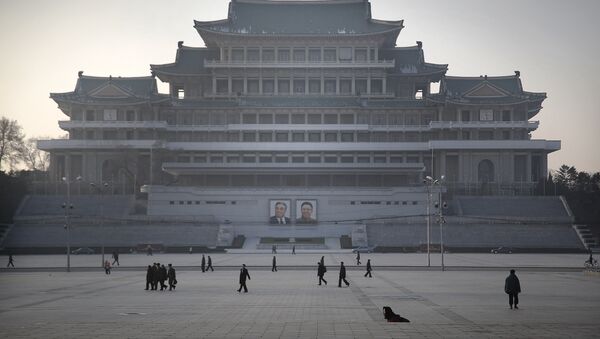 The introduction of new US sanctions against North Korea will not improve the situation, the Chinese Foreign Ministry said Friday, calling on all both sides to exercise restraint.

BEIJING (Sputnik) – The White House announced in a statement on Thursday that US President Barack Obama had signed a bill imposing new sanctions against Pyongyang.

"The situation on the Korean peninsula is currently very difficult and sensitive. The corresponding sides should keep calm and exercise restraint, and refrain from any actions which could lead to an escalation of the situation," spokesman Hong Lei said at a briefing.

Obama Signs Bill Expanding Sanctions Against North Korea - White House
Hong expressed hope that the sides would act with "prudence and would not create issues."

"We believe that such urgent issues cannot be fundamentally solved with new sanctions and pressure," Hong stressed.

Earlier this month, North Korea fired a long-range rocket to allegedly put a satellite into orbit, holding a rocket almost identical to ones used by Pyongyang to launch nuclear weapons. A UN Security Council resolution prohibits North Korea from firing rockets that could be used as ballistic missiles.

In January, Pyongyang declared that it had successfully carried out a hydrogen bomb test, triggering condemnation from the international community.