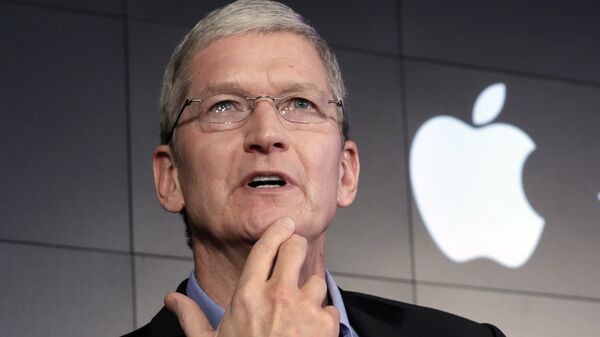 According to the sources, Apple was granted additional time to implement an order of the Department of Justice to help the FBI unlock an iPhone used by one of the San Bernardino attackers.

FBI Asks US Public to Help Recovering San Bernardino Shooters Actions
MOSCOW (Sputnik) – Apple was granted additional time to implement an order of the Department of Justice (DOJ) to help the US Federal Bureau of Investigation (FBI) unlock an iPhone used by one of the San Bernardino attackers, the sources told CNBC broadcaster.

On December 2, an Islamic couple — US-born Syed Rizwan Farook and his Pakistani wife Tashfeen Malik — attacked the Inland Regional Center in San Bernardino killing 14 people and injuring more than two dozen others. On February 16, a California judge ordered Apple to help the FBI break into the Farook's phone during 5 business days by handing over its encryption keys.

Now the company will have to respond to the DOJ's request until February 26, the CNBC reported Thursday citing the sources.

On Wednesday, Apple CEO Tim Cook said in a public letter that he would not comply with a California judge’s order. Cook explained the FBI had asked Apple to build a new version of the iPhone operating system and software that would allow authorities to unlock any iPhone in someone’s physical possession through a "back door."