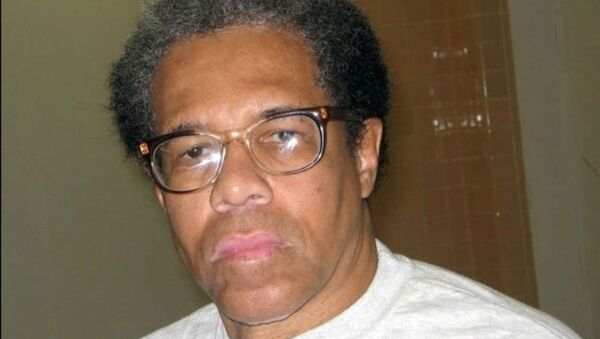 Albert Woodfox, the last imprisoned “Angola Three” inmate, who has spent over four decades in solitary confinement, was released from a Louisiana prison Friday, on his 69th birthday.

As he was released, he was asked by a reporter, if he could go back in time to April 1972, would he change anything. He responded, “There’s forces beyond your control, there’s not a lot you can do.”

Woodfox pleaded no contest, while not admitting guilt, on Friday to lesser charges of manslaughter and aggravated burglary. He was previously indicted for a decades-old murder for the third time last year after it had been overturned twice.

Woodfox spent the better part of 44 years in solitary confinement, a period believed to be the longest of any US inmate, and his attorney explained that Woodfox has earned enough credit for time served to be released.

Last Imprisoned Member of Angola 3 Won’t Be Released, Faces New Trial
His imprisonment is from two convictions, both of which were previously overturned, for the stabbing murder of Angola’s Louisiana State Penitentiary prison guard Brent Miller in 1972. Woodfox has consistently maintained that he is innocent and was set up due to his activism and connection to the Black Panther Party while in prison.

Miller’s wife has long called for Woodfox to be released, stating that she does not believe that he was her husband’s killer.

"I think it's time the state stop acting like there is any evidence that Albert Woodfox killed Brent," Miller’s wife, Teenie Rogers, said in a statement.

The Angola Three refers to Woodfox, Herman Wallace, and Robert King. In the 1970s the trio held protests and hunger strikes inside the prison in opposition to inhumane conditions, including prison rape, racial segregation, and general corruption. The three also worked to form a chapter of the Black Panther Party within the prison walls, and helped to teach other inmates how to read, write, get their high school degrees and prepare legal documents.

Wallace was released in October 2013 when his conviction for Miller’s death was overturned, but he died two days later from cancer complications. Among his last words were, "I am free. I am free," the New Orleans Times reported, following his death.

King was convicted of killing another inmate, and was exonerated and released in 2001 after spending 29 years in solitary.

Woodfox was originally sent to the Angola prison on charges of armed robbery, a sentence that would have allowed him to be released decades ago.