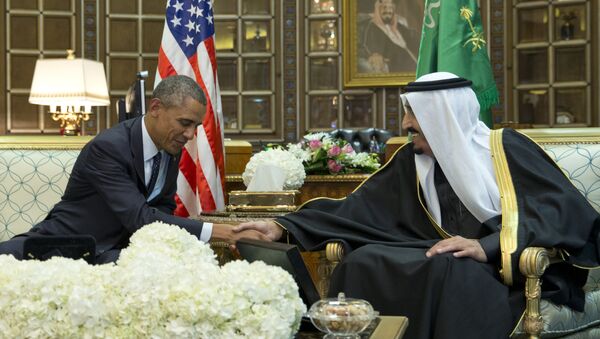 The United States must start thinking of ways to mitigate the damage from the approaching collapse of the current Saudi Arabian monarchy.

Tension Escalation: 'Turkish and Saudi Boots in Syria May Trigger WW3'
A codependence between the Kingdom of Saudi Arabia and the US has existed for decades. A scheme in which oil from the Saudis was exchanged for US military might worked well for both. It worked so well, in fact, that the US turned a blind eye to consistent human rights violations in the kingdom, as well as the spread of Wahhabi religious extremism.

Unfortunately for America, this formula has an expiration date. Several factors predetermine the collapse of the current Saudi Arabian ruling monarchy, according to Defense One.

The first is that it operates more as a "family business" than an actual state, where the king, aka the CEO, converts oil into payoffs to buy political and military loyalty. It is widely accepted that the system is corrupt and cannot endure. What happens when the price of loyalty rises and a ravenous elite doesn't limit its appetite now that oil prices keep dropping? The monarchy will face political insolvency.

Turkey 'Puts Its Territorial Integrity at Risk' By Siding With Saudi Arabia
Saudi citizens have begun to show hints of discontent with the heavy-handed ruling elite, especially those members of the Shiite minority. The highly educated Sunni majority is also showing dissatisfaction with the cake crumbs it is accustomed to receiving. And Saudi officials, exploiting ‘guest workers' who currently heavily outnumber citizens and may soon see those indentured servants begin to claim rights.

These and many other social issues, including the treatment of women as second class citizens, only contribute to the disaffection.

According to Defense One, there are three ways things could play out. One is a factional struggle within the royal family when it runs out of money, resulting in a new king who either continues the old ways or attempts reform.

Another possibility is additional foreign wars, as war is a popular option among the desperate to direct attention away from themselves. One war, against Yemen, is already in progress. The monarchy has hinted that it will fight in Syria as well.

Or there could be insurrection. It's unlikely, as the ruling party holds all the resources, but it must, nonetheless, be considered.

The US must be prepared for any of these scenarios and not get caught flat-footed when its Arab lynchpin in Mideast policy comes apart.