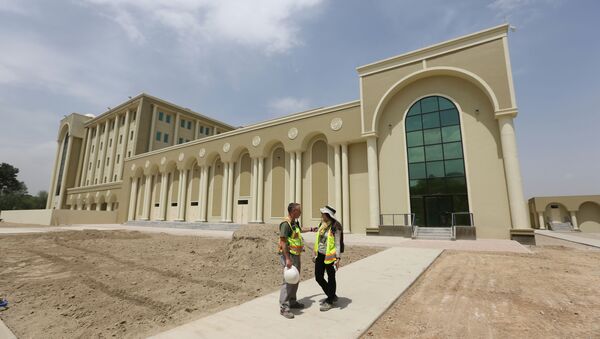 Special Inspector General for Afghanistan Reconstruction (SIGAR) said that the cost of the construction of the Afghan Ministry of Defense building in Kabul that was riginally $48.7 million, rose to $154.7 million, or more than three times the original estimated cost.

"The cost to complete the building rose to $154.7 million, or more than three times the original estimated cost, and it took almost five years longer to complete than originally anticipated," the release stated.

According to SIGAR’s audit, the cost of the building was originally $48.7 million and was supposed to be completed within 18 months.

Pentagon Official Defends $150Mln Afghanistan Villas to Get Business Going
However, the project was delayed because of weather, security and funding issues, along with the fact the Afghan National Army refused to allow contractors access to the site, according to the release.

Although the building has been transferred to the Afghan government, as of January 7, 2016 it was still not fully occupied.

SIGAR has previously reported that the US Department of Defense has wasted billions of dollars on reconstruction efforts because of poor oversight, mismanagement, corruption and fraud.