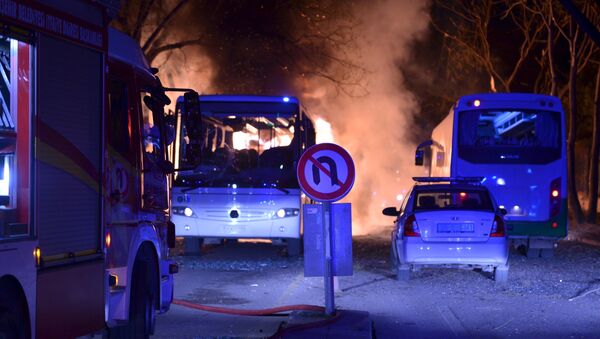 Turkish President Recep Tayyip Erdogan said that 14 suspects in the Ankara terrorist attack were arested and the tracks of the crime lead to both Turkey and from abroad.

“This terrorist act is by the hands of the [Kurdistan Workers’ Party and the Democratic Union Party]. Currently there are 14 people detained and I don’t think that’s the end, there will be more arrests. The tracks of this crime lead to both Turkey and from abroad,” Erdogan said at the Turkish General Staff headquarters.