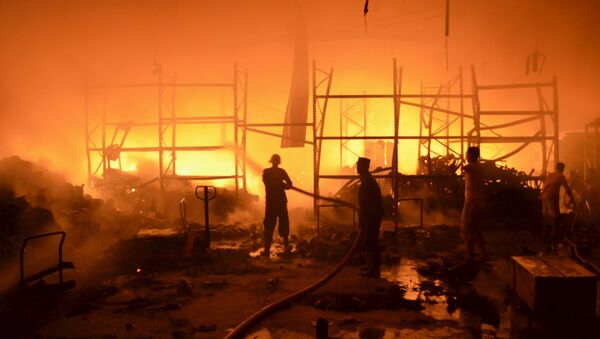 At least 2,997 civilians have been killed in the Yemeni conflict since March 2015, including some 700 children, UN Emergency Relief Coordinator Stephen O'Brien told the Security Council on Tuesday in a briefing requested by Russia last week.

UNITED NATIONS (Sputnik) — The UN official added that, according to conservative estimates, more than 700 children have been killed and over 1,000 more injured since the beginning of conflict.

“Since March 2015, more than 35,000 casualties, including over 6,000 deaths, have been reported by health facilities across the country,” O'Brien stated. “The United Nations has confirmed that at least 2,997 of those killed [in Yemen] and 5,659 of those injured are civilians.”

O'Brien continued that in two days, the 2016 Yemen Humanitarian Response Plan will be launched in Geneva, adding that the "plan asks for US$ 1.8 billion to address the most critical and prioritized needs across all governorates in the country.”

Yemen has been engulfed in a military conflict between the government headed by Abd Rabbuh Mansur Hadi and Houthi rebels since 2014.