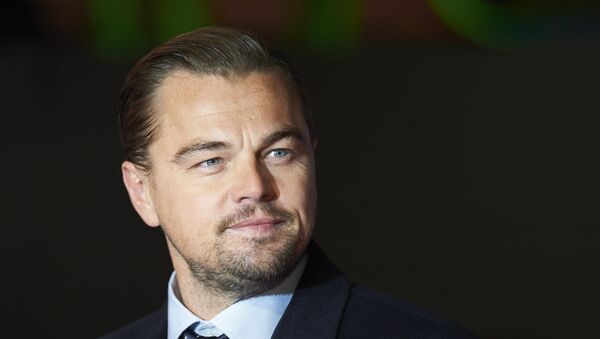 The Russian television station Moskva-24 made Russian ladies really happy when they brought in Leonardo DiCaprio’s look-a-like on stage in Moscow.

Just Reward: Russian Enthusiasts Make 'People’s Academy Award' for DiCaprio
The excited women got a golden chance to recreate the famous Titanic scene in the arms of DiCaprio.

However, the arms on offer didn't exactly belong to the Hollywood star, but to Roman Burtsev, a 33-year-old Russian security guard who has become famous on the Internet for resembling an overweight DiCaprio.

Leonardo Di Caprio is going to extreme lengths to nail his next part as a Fat Russian Security Guard. pic.twitter.com/wt3raqpEsy

​Moskva-24 built a small stage in the middle of a shopping mall and let women pose with Burtsev.

The TV network is producing a reality show starring Burtsev, who says he has decided to lose weight and “change his life,” online publication Meduza reported.

Moskva 24 wrote on its Facebook page, “Thousands of women dream of finding themselves in the arms of Leonardo DiCaprio. “And we gave them a shot. Most importantly, we found a DiCaprio for them. #RomanceDiCaprio #DiCaprio24.”