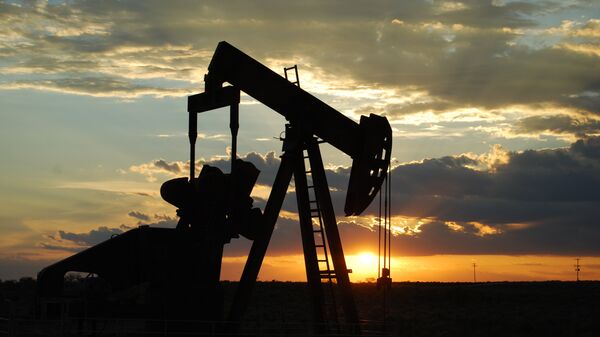 Iran agreed to freeze oil production following a ministerial meeting on the issue with Venezuela, Iraq and Qatar, a source close to the talks told Sputnik on Wednesday.

"Iran agreed with the proposal. The ministers presented the agreement reached at the meeting in Doha, Iran welcomed it," the source said following talks in Tehran.

On Tuesday, the energy ministers of Russia, Saudi Arabia, Venezuela and Qatar met in Doha and agreed to freeze their average monthly oil output throughout 2016 at January levels if other countries joined the initiative.

Crude Results: Without Iran, Oil Producers' Idea to Freeze Output in Vain
On Wednesday, the energy ministers of Venezuela and Qatar, who is also OPEC president, were expected to convince Iran and Iraq to join the agreement during the meeting.

A source close to the talks told Sputnik earlier in the day that the meeting has been held "in a negative atmosphere."

Meanwhile, Iran's representative to OPEC said earlier in the day that Tehran would not support the reduction of oil output proposed by other countries. He added that Tehran would increase its output by 1.5 million barrels per day, the volume it produced before the restrictions were imposed.

"Iran's position as for this issue is very clear. Oil prices were high, when the sanctions were imposed on Iran. These [OPEC] states increased oil output… and took advantage of the circumstances… There is no point in expecting yet another reduction of production level by Iran," Mahdi Asali was quoted as saying by the Iranian Shargh newspaper.

Global oil prices plunged from $115 to less than $30 per barrel between June 2014 and January 2016, hitting their lowest levels since 2003, mostly because of prolonged global oversupply and weak demand.