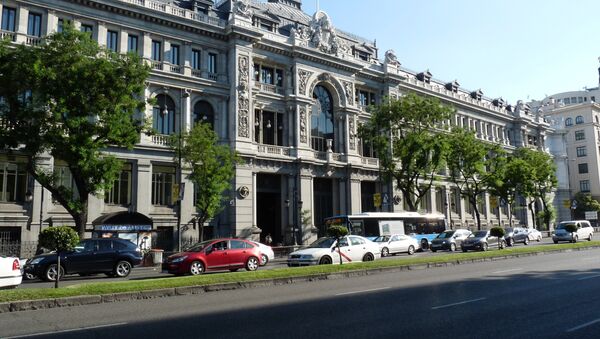 Russia Files Lawsuit Against Ukraine on $3 Bln Debt - Finance Minister
MADRID (Sputnik) — Since 2008, the national debt has increased 326 billion euros, however, the pace of debt growth has almost halved compared to the year 2014, and declined throughout the year 2015.

In December 2014, the Spanish public debt stood at 1.03 trillion euros, while the country's current GDP amounts to 1.24 trillion euros.

Between 2008 and 2015, Spain survived the Great Recession, caused primarily by the collapse of a real estate bubble and the accompanying unsustainably high GDP growth rate. Furthermore, in 2012, Spain was became part of the European sovereign debt crisis when the country was unable to bailout its financial sector and had to apply for a 100-billion-euro aid package from the European Stability Mechanism (ESM).

Spain's current level of national debt is the highest for more than a century. In 1910, its national debt stood at 123 percent of GDP, which was the result of a complete defeat of Spain in the 1895-1898 Cuban War of Independence.