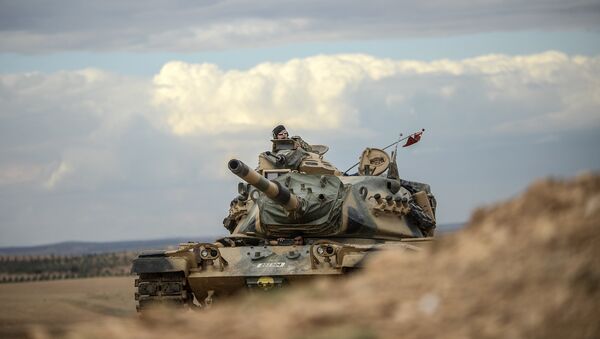 Instead, "Ankara should be seen as America's Turkish project, which is aimed at creating controlled chaos in the region," the retired general noted, adding that Washington, for instance, gave the nod to Turkey to shell Syria.

The US, according to al-Hassan, is upholding instability in the Middle East by simultaneously helping the Kurds, the Turks and the Saudis. Washington first launched this campaign in Tunisia and is now focused on Syria, he added, apparently referring to the so-called Arab Spring uprisings.

"I am convinced that the United States is deliberately dragging Turkey into the war… the same way that Washington convinced other countries to take part in conducting airstrikes in Syria," the expert observed.

The US-led coalition is not authorized to participate in the anti-Daesh campaign in Syria since, unlike Russia, it has never been formally invited by the state to assist Damascus-led forces with its counterterrorism activities. 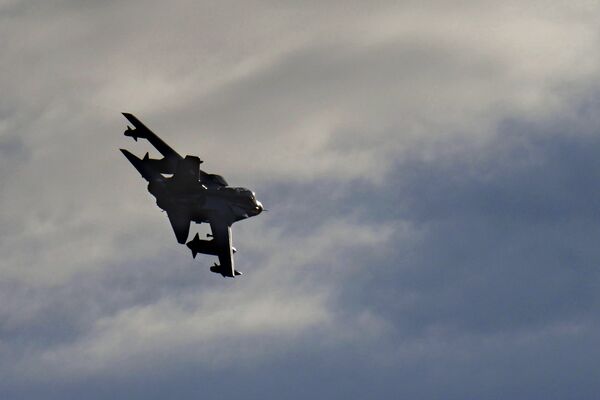 A British Tornado warplane flies over the RAF Akrotiri, a British air base near costal city of Limassol, Cyprus, Thursday, Dec. 3, 2015, after arriving from an airstrike against Islamic State group targets in Syria
© AP Photo / Pavlos Vrionides

Infighting? NATO Members Ask Turkey to Stop Shelling Kurds in Syria
Washington's support of Turkey and Saudi Arabia's possible (if not looming) ground offensive, according to al-Hassan, will be limited to sending weapons to Ankara and Riyadh. "This is one of the key goals – to make everyone fight each other for the benefit of America's defense industry."

Turkey has long been rumored to be planning to send troops to Syria. Turkish soldiers are said to have occasionally crossed the border and enter the war-torn Arab country.

For its part, Saudi Arabia announced that it was ready to participate in a US-led ground offensive, if one is launched, earlier this month. Last week, Saudi Foreign Minister Adel al-Jubeir reaffirmed that Riyadh was ready to provide special operations forces for the operation. Rumors circulate that the Saudis could deploy thousands of troops, if asked.