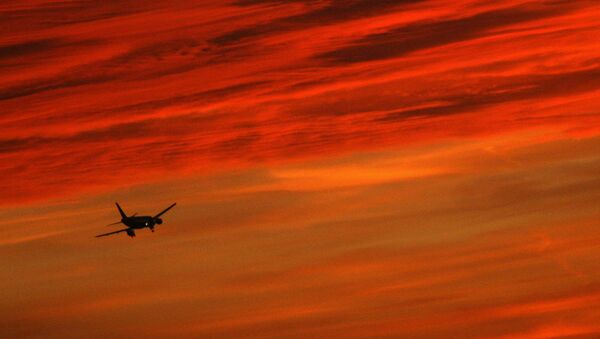 © AFP 2021 / VALERY HACHE
Subscribe
Greek Prime Minister Alexis Tsipras had expected to travel to Iran on a Greek Air Force plane via the demilitarized island of Rhodes and then Turkey; however, after Ankara denied entry to the plane, Tsipras had to change his route.

On February 7-8, Tsipras was to visit Tehran and was on a Greek air forces plane. However, the aircraft had to change its route when Turkey refused to let it enter Turkish airspace. According to the flight plan, the plane was planned to take off from Elefsina Airbase, outside Athens, land on Rhodes for refueling, and then travel to Iran, via Turkey and Syria.

Turkey said Rhodes is a demilitarized island and that an air force plane will not be allowed to enter Turkish airspace after refueling on the island. Turkey demanded that Greece change the flight plan and refuel the aircraft in Ankara or Alexandroupoli, or somewhere else.

"Greece strongly protested via diplomatic channels to Turkey after Ankara denied entry to the plane of the prime minister en route to Iran. We insist that such a move is unjustified and contradicts existing agreements and the principles of international law," the report read.

At the same time, Turkey was notified it will not receive the new flight plan bypassing the Turkish airspace, it added.

Turkey, Greece to Hold Talks Over Aegean Border Dispute - Reports
According to the press-office, the route went south of Cyprus, via Egypt, Jordan and Saudi Arabia.

Earlier it was reported that the Turkish Air Force violated Greek airspace 22 times on Monday. The violations took place over the islands of Samos and Chios in the eastern Aegean Sea and over Lemnos and Lesbos in the northern part of the sea.

In 2014, Turkey’s air force has violated Greek airspace 2,224 times, according to University of Thessaly figures based on Greek military data.

000000
Popular comments
Erdogan's desperate. He's looking back in anger.
Alvaro Marfan
16 February 2016, 17:19 GMT4
000000
Turkey does not really behave like it is a part of Europe, we Africans are far more civilised, but nobody seems to have a problem with that.