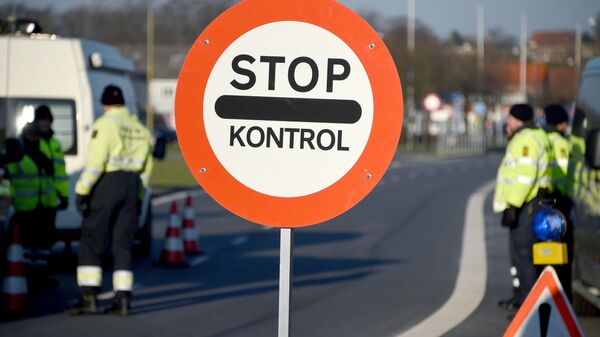 European countries will have to shut their borders if the uncontrolled flow of migrants via Turkey continues, the Czech Republic’s State Secretary for European Affairs, Tomas Prouza, warned on Monday.

“If this flow [of migrants to Europe] continues in spring and keeps going up some European countries such as Germany and Austria, could decide to close their borders,” Prouza said, RIA Novosti reported.

This could produce a domino effect with Slovenia, Croatia or Macedonia willing to follow suit, he added.

"As a result, tens of thousands of people could be stranded, unable to move on or turn back… This could cause a lot of trouble,” Tomas Prouza warned, adding that checking the migrants’ progress on Turkish territory would be the best option.

Greek, German, French Interior Ministers Urge Tightening of EU Borders
On November 29, the European Union and Turkey approved a joint plan to counter the influx of migrants into the bloc, under which EU member states will give some 3 billion euros to Ankara and fast track the negotiations for its accession to the 28-nation bloc.

Ankara has recently been taking flak from some EU agencies and countries for its failure to stem the tide of refugees from Syria and North Africa as thousands of illegal migrants continue to arrive on Greece’s shores every day.

According to the latest Frontex data, about 1.8 million refugees entered the European Union workers in 2015. The European Commission stated that the current immigration crisis is the biggest since the Second World War.

Meanwhile, the German government expects the arrival of an additional 500,000 migrants this year, the newspaper Rheinische Post reported citing sources at the Federal Ministry for Labor and Social Affairs in Berlin.