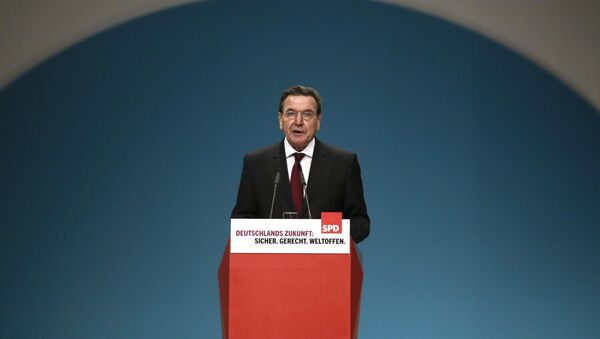 Schroeder said that during his recent visit to Moscow, the Bavarian Prime Minister acted "solely in the interests of Germany" and did not attempt to pursue a course different from that of Berlin.

"Sanctions are hurting both sides," Schroeder told the newspaper. "They don't help to resolve the conflict, but only create obstacles. It is therefore necessary to gradually abandon them," the politician said.

The former chancellor also did not leave without drawing attention to the tensions between NATO and the Russian Federation. He mentioned that stationing NATO forces along the Russian border has had a negative impact on Berlin's foreign policy.

"We also need a new NATO policy towards Russia. I consider it too risky that the alliance is now building up its military presence on the Russian-European border, thereby destroying the basis of our Ostpolitik," the politician stated.

Gerhard Schroeder has repeatedly opposed the decision of the West to extend sanctions against Russia. The politician said that the restrictive measures are counterproductive, while a constructive dialogue with Moscow is essential for ensuring European security.