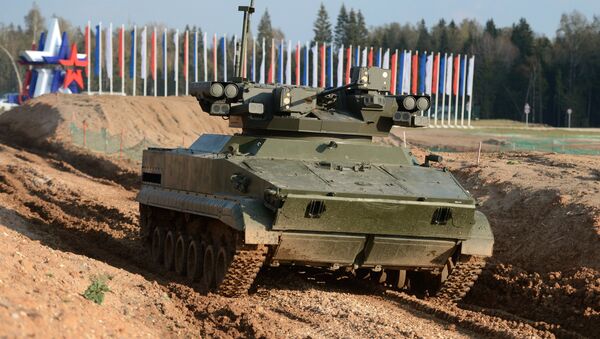 “Over 150 robotics designs and technologies were featured, over 950 expert participants attended. The number of visitors to the event nearly doubled the expected number,” the press service said.

A range of Unmanned Aerial Vehicles were exhibited at the event, including "anti-drone" tracking systems and supercomputers capable of operating up to 10 drones simultaneously.

“One of the main issues was to exchange experience on implementing, applying and operating military and dual-use robotic systems,” the press service added.

The Defense Ministry has ordered several hundred UAVs from Russian developers by 2020, as part of the ministry's $9.2 billion program to acquire new drones and train military personnel to operate the vehicles.