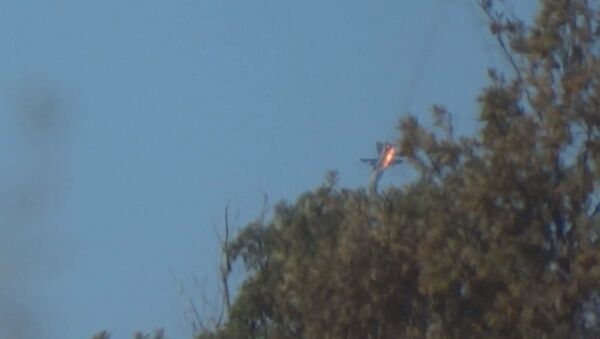 MOSCOW (Sputnik) — Turkey has set NATO up when it downed the Russian jet in November, much depends on the bloc’s readiness to influence its members who provoke conflicts with other states, Russian Prime Minister Dmitry Medvedev said.

"Turkey has set up not itself but the North Atlantic alliance as a whole, and this is extremely irresponsible," Medvedev told the Time magazine.

According to the Russian minister, this was a clear provocation.

"In this context, a great deal depends on the determination of the North Atlantic leaders to influence the most disturbed NATO members, who provoke conflicts with other countries. After all, this is an issue of discipline within the alliance," Medvedev stressed.

NATO's actions spur the new Cold War, but a Soviet-era confrontation is not yet underway, the Russian prime minister clarified.

Speaking at the Munich Security Conference earlier on Saturday, Medvedev said that NATO’s political line toward Russia signaled that ties have "slid down to the level of a new Cold War."

Moscow was not interested in "permanent war," including after ground troop deployment in Syria, he clarified.

"Regarding the behaviour of certain NATO member countries. If some of our colleagues from the Baltic region have constant phantom pains, if they have nightmares about the Soviet Union, seizures and uprisings," the Russian Cabinet leader said.

Turkish Opposition Speaks Out Action Which Could Plunge Ankara Into War
Medvedev argued that the so-called phantom pains are a form of "uncomplicated" manipulation with a "Russian scare" to attract votes and political support.

It is a normal political technique, but quite "negative" in its consequences, he stressed in an interview with the Time magazine.

Moscow does not want any confrontation in the Baltic states, Turkey or elsewhere, as it has plenty of its own issues including those regarding economy, Russian Prime Minister Dmitry Medvedev said.

"We wouldn’t like any confrontation. Neither in the Baltic region nor in Turkey – nowhere. We need to develop," Medvedev told the Time magazine.

The prime minister noted that Russia had several economic issues.

"We need to channel our resources and funds there, although of course we also need a strong army and navy. So, we don’t need any confrontation anywhere," Medvedev explained.