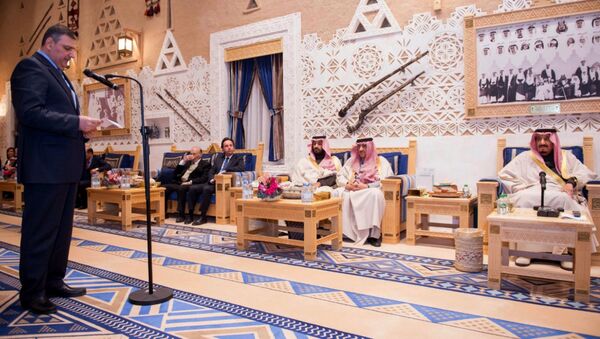 Syrian President Bashar Assad on Monday described the Syrian opposition delegation formed in Saudi Arabia as a group of 'terrorists and traitors' and said he would not negotiate with them.

BEIRUT (Sputnik) — The Syrian opposition’s High Negotiations Committee which was created in Saudi Arabia in December and includes representatives of some groups considered to be terrorist organizations by Syria and Russia, is one of the opposition delegations participating in the UN-brokered talks on the Syrian settlement launched late January and put on hold until February 25.

"No country would agree to maintain dialogue with terrorists, and we will not agree to talk with terrorists either. The delegation formed in Riyadh is a bunch of traitors and terrorists," Assad said in remarks aired by Syrian state television.

NATO General: Russia Will Bring Peace to Syria, Turkey Offers Catastrophe
Apart from fighting the rebels in the ongoing conflict, government forces have had to counter extremist groups as well, including Daesh, which is outlawed in Russia and many other countries.