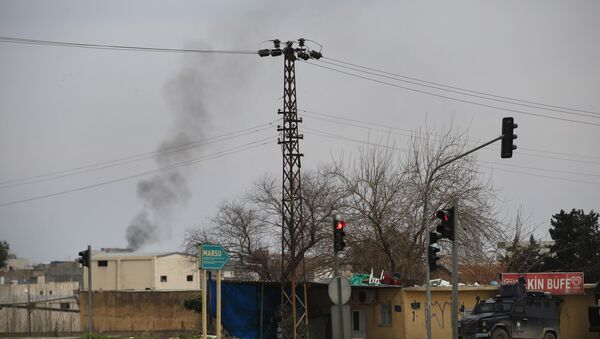 According to the Anadolu news agency, some fighters abandoned their positions following the attacks.

Syrian Kurds have been fighting against Daesh militant group, which is outlawed in many countries, including Russia, for years and have already liberated vast Syrian territories from Daesh control.

Ankara considers the Syrian Kurdish Democratic Union Party (PYD) to be an affiliate of the Kurdistan Workers’ Party (PKK), an organization seeking Kurdish independence that has fought the Turkish state since 1984.

A ceasefire between Turkey and PKK collapsed in July 2015, prompting Turkish authorities to launch a military operation in the Kurdish-dominated southeastern regions.