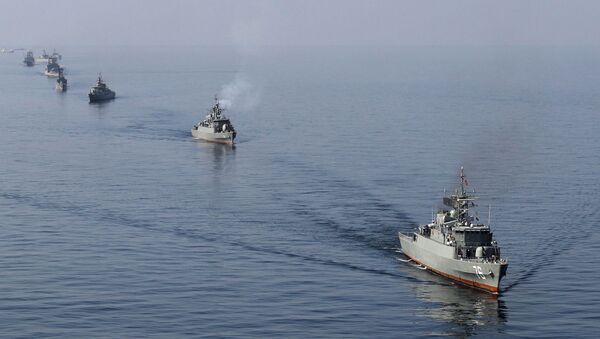 Iran Seeks to Buy New Russian Weapons - Adviser to Supreme Leader
According to the press service of the Iranian Embassy in Moscow, it is expected that the head of the Ministry of Defense of Iran will meet with Deputy Prime Minister Dmitry Rogozin, as well as Assistant to the President of the Russian Federation on military-technical cooperation Vladimir Kozhin.

So far the topics of negotiations have not been disclosed, but chief editor of the newspaper ‘Iran News’, Emad Abshenas is convinced that the Iranian Defense Minister has brought with him a number of concrete proposals to expand Iran’s military cooperation with Russia.

According to the expert, the agenda will not only be regarding full implementation of the contract for the supply of anti-aircraft missile systems, but Iran is also ready to buy the Russian Su-30 fighter, according to Emad Abshenas.

“Over the past 3-4 years, Iran and Russia’s military cooperation has reached an unprecedentedly wide scale. It is quite logical that by visiting General Dehghan seeks to strengthen this cooperation. There is quite an extensive range of topics. Thus, after the start of implementation of the joint comprehensive action plan and exemption from sanctions, Iran is planning to upgrade its navy.”

Russia, Iran to Enhance Cooperation to Stabilize Situation in Mideast
The expert further said, “Iran sees Russia as a strategic partner for many years to come. Tehran has expressed interest in the purchase of automated air defense systems and missile defense. Iranian submarines are also in need of modernization. In order to solve this problem, specialized modern weapons need to be purchased and Russia has something to offer,” the expert told Sputnik Persia.

Abshenas mentioned that Iran is interested in purchasing modern Russian Su-30, Su-35 aircraft. The purchase of Russian weapons, such as the anti-missile defense system S-400 and its upgraded models are also probably going to be a part of the forthcoming discussion. The ordnances such as the Russian tanks T-90 and T-95 may also be highlighted during the talks.

“In general, it should be noted that Iran is willing to offer Russia cooperation in the military-industrial complex to jointly create tanks, missile weapons and marine navigation systems. Therefore, we will wait to see what agreements Dehgan will reach during his visit to his Russian colleagues. It can be assumed that as a result a number of contracts will be signed.”

It should be recalled that in April 2015, the head of the Defense Ministry of Iran also paid an official visit to Moscow and took part in the International Conference on Security. As part of that visit the parties discussed the exact contract for the supply of Russian S-300 anti-aircraft missile systems to Iran.

000000
Popular comments
The4 good thing about Russia using their weapons and systems in Syria, is the fact the world can see just how good they are. Particularly in relationship to the very expensive and problematic weapons and systems the USA has for sale.
anne00marie
14 February 2016, 21:01 GMT2
000000
Time for Iran to restock and upgrade their arsenals before IsraHell or America comes over the horizon