Issue of Crimea Settled Once For All – Russian PM Medvedev 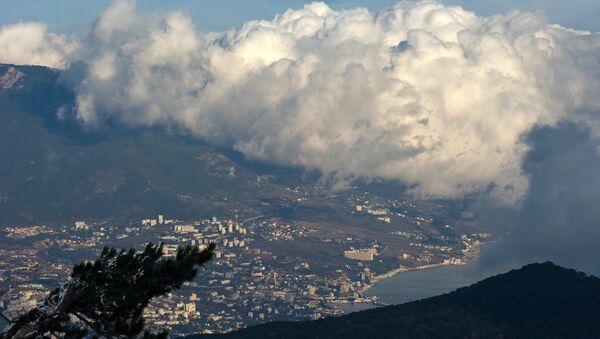 According to the Russian prime minister, the issue of Crimea has been settled once and forever.

Third Countries Should Avoid Making Suggestions for Crimea - German Envoy
MOSCOW (Sputnik) — The issue of Crimea has been settled once and forever, the peninsula is an integral part of Russia, Russian Prime Minister Dmitry Medvedev said in the interview aired on Sunday.

“No, there is no such issue for Russia. This issue was settled once and for all. Crimea is part of Russia. A referendum was held there, we amended the Constitution. The Republic of Crimea and the city of Sevastopol are part of the Russian Federation,” Medvedev told the Euronews television channel answering whether there were any discussion on the future of Crimea.

In March 2014, the Crimean parliament declared independence from Ukraine and decided to reunify the peninsula with the Russian Federation following a referendum in which more than 96 percent of residents voted to join with Russia.

Kiev and its Western sponsors viewed it as an illegal annexation through military force and imposed sanctions against Russia over the move. Moscow has insisted the people of Crimea exercised their right for self-determination in full compliance with the UN Charter and other international laws. The decision was made after the Maidan protests culminated in the overthrow of the elected government of Ukraine in February 2014.