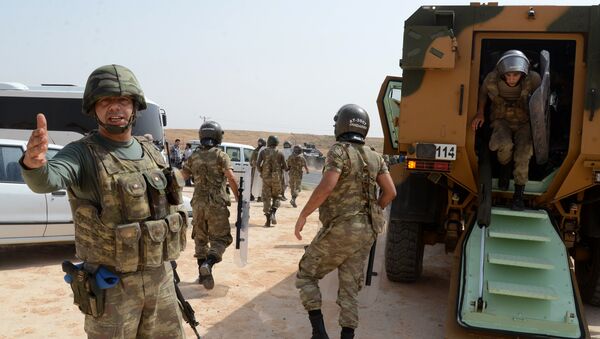 ANKARA (Sputnik) — Nine militants from the Kurdistan Workers' Party (PKK) have been killed in a counter-terrorist operation in the country's southeast in the past 24 hours, the Turkish General Staff said in a statement Sunday.

Turkey's Interior Minister Efkan Ala said Thursday that Turkish security forces had finalized the anti-terrorist operation in the mainly Kurdish town of Cizre.

Turkish Police Use Tear Gas Against Kurdish Protesters in Diyarbakir
According to the Turkish General Staff, over 900 Kurdish militants have been killed in counter-terrorism operations since mid-December. Kurdish activists, in turn, argue that most of the dead were civilian victims.

The security situation in Turkey deteriorated in mid-2015, when two Turkish policemen were killed by the PKK, which led Ankara to launch a military campaign against the group.