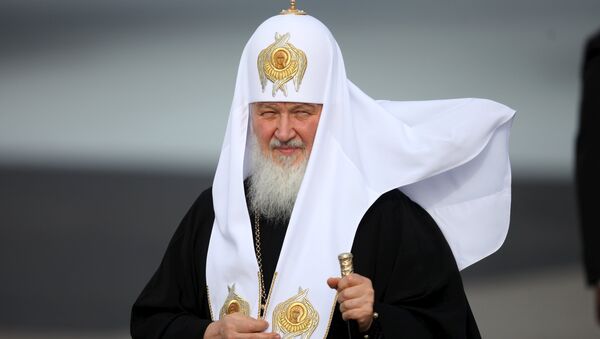 The Orthodox Church leader’s press secretary said that Patriarch Kirill of Moscow and All Russia and former Cuban President held a more than hour-long conversation with leader of the historic Cuban Revolution Fidel Castro in the Cuban capital of Havana.

"The meeting with Fidel Castro was held at his home in Havana. International relations were among the issues discussed during the meeting," Pastor Alexander Volkov told RIA Novosti.

The leader of the Russian Orthodox Church is on a February 11-22 visit to Latin America, including to Cuba, Paraguay and Brazil.

Patriarch Kirill, then Metropolitan of Smolensk and Kaliningrad, and Castro have previously met in Havana on October 20, 2008.