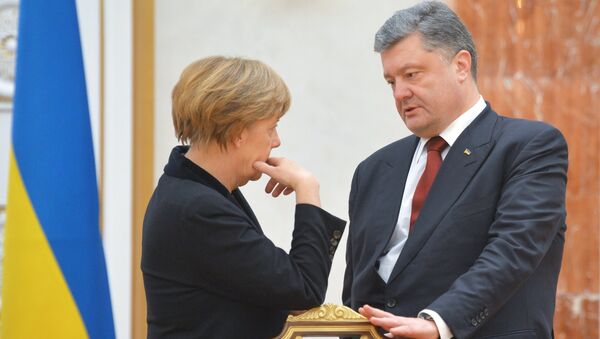 Paris and Berlin are seriously concerned about Kiev's unwillingness to adhere to the Minsk peace agreements on eastern Ukraine, according to the French newspaper Le Monde.

Minsk Agreements One Year On: Three Scenarios for War and Peace in Ukraine
Kiev has failed to take steps to implement the Minsk peace agreements on eastern Ukraine, which continues to alarm Paris and Berlin. The countries' leaders remain doubtful regarding the implementation of the accords, the French newspaper Le Monde said, citing a senior French official.

According to the newspaper, this skepticism stems from the behavior of Ukrainian politicians, who had earlier played the role of "good students." Le Monde quoted the official as saying that the situation remains the EU's main concern, and "in the short term there is no reason for optimism in the matter." 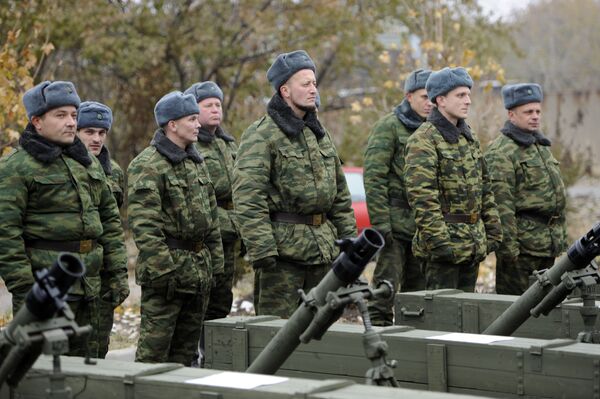 Donetsk units have delivered nine 82mm-caliber mortars to the site of their further storage in the neighborhood of Illovaisk. Under the Minsk accords, the Donetsk People's Republic has accomplished its under-100mm-caliber artillery withdrawal from the contact line
© Sputnik / Sergey Averin
/
Go to the photo bank

The official said that the past few years have seen an ever-increasing number of supporters of the normalization of relations with Russia in Europe, something that he said comes amid the Ukrainian side's visible reluctance to comply with the Minsk agreements.

One of the main problems pertaining to the Minsk agreements is Ukrainian President Petro Poroshenko's inability to approve the special status of eastern Ukraine's Donbass region. The initiative is being blocked by many Ukrainian lawmakers, according to the Le Monde.

"Poroshenko's hopes to gain a constitutional majority by getting two-thirds of the votes are already seen as unrealistic," the newspaper said.

Minsk Deal Likely to Be Implemented in 2016 if Russia, US Reach Agreement
Another serious problem is related to the "vague wording on the implementation of some stages of the Minsk agreements," Le Monde said. For example, restoring control of the region's border with Russia to the Ukrainian government within the conflict zone after local elections. This has yet to be fulfilled because Kiev continues to insist that holding such elections in Donbass is impossible.

In April 2014, Ukrainian authorities kicked off a military operation against supporters of Donbass independence in eastern Ukraine. The settlement of the conflict is still being discussed by the Trilateral Contact Group on Ukraine in the Belarusian capital Minsk, which has already adopted three documents which establish guidelines for taking the necessary steps to de-escalate the conflict. The group includes representatives from Russia, Ukraine and the Organization for Security and Cooperation in Europe.