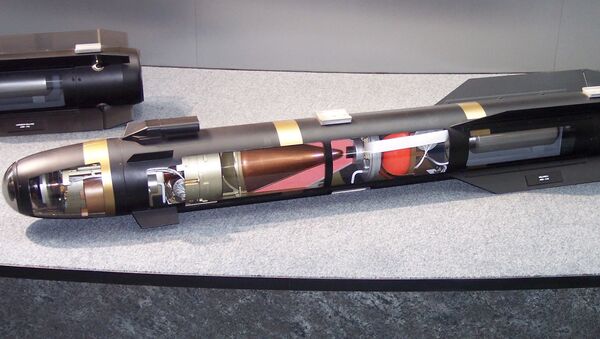 WASHINGTON (Sputnik) – "We can say, without speaking to specifics, that the inert training missile has been returned with the cooperation of the Cuban government," The Wall Street Journal quoted Toner as saying in a written statement.

Toner attributed the reestablishment of US-Cuban diplomatic relations and the reopening of the US embassy in Havana to allowing Washington "engage with the Cuban government on issues of mutual interest."

The inert missile was sent by manufacturer Lockheed Martin from Orlando International Airport to Spain for joint NATO exercises in early 2014.

US Has 'No Idea' on Location of Hellfire Missile Wrongly Sent to Cuba
It was delivered to Germany after the NATO drills, expected to be loaded on a return flight to Florida. Officials later discovered that the missile was placed on an Air France flight to Paris, then Havana, for unclear reasons.

Cuban officials were said to remove the missile and hold it with no public explanation.

The newspaper cited officials as saying a plane carrying the 5-foot 100-pound missile, which did not contain explosives, landed at the Orlando airport early Saturday. It is later expected to be returned to a warehouse that holds a large stock of Hellfires.

An investigation is underway to determine whether the redirection was a criminal act.