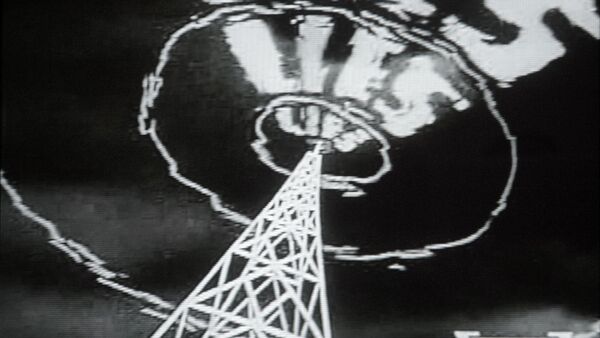 Western governments routinely sound the alarm over Russian "propaganda." But President Obama’s new budget calls for a drastic increase in spending to America’s own foreign media arm, the Broadcasting Board of Governors, which already spends millions more than its Russian counterpart.

Last year, the Broadcasting Board of Governors (BBG), the US federal agency responsible for Voice of America and Radio Liberty/Radio Free Europe, among others, requested a substantial budget increase. Seeking a boost of $30 million, the BBG’s budget soared to $751.5 million.

McCain: US Must Improve Propaganda to Win Cold War Without Firing a Shot

That was, evidently, not enough money. President Obama’s newly proposed budget for fiscal year 2017 proposes another massive increase in spending for the BBG. If granted, the agency will receive nearly $778 million, a roughly $27 million increase.

That sum is even more surprising given that the US repeatedly accuses Russia of spending vast sums on a “propaganda war” against the West through news outlets like RT and Sputnik. Yet the BBG’s budget is approximately twice that of Russia’s foreign media budget.

MIA Rossiya Segodnya, the parent company of Sputnik News, operates on a budget of $75 million, including both domestic and foreign media — 10 times less than the BBG.

RT, a publicly-funded, autonomous non-profit organization whose popularity is incomparable to VOA and Radio Free Europe, has an annual budget of slightly more than $300 million. That money — also significantly less than the sum allocated to the BBG — is used operate a number of satellite TV channels in multiple languages, a much costlier endeavor than the radio programs produced by the BBG’s outlets.

Taken together, both RT and Rossiya Segodnya’s budgets are a far cry from the BBG’s coffers, and while the agency claims to pursue objective journalism, this is hardly the case.

"Objectivity does not exist in journalism. It’s impossible," he added. "The best that a viewer, listener or reader can hope for when she or he consumes journalism is to understand the bias or biases of the relevant news outlet so that she or he can consider that point of view while consuming the news."

The BBG, it seems, is especially unconcerned with objectivity. Last March, US Assistant Secretary of European Affairs Victoria Nuland told Congress that the BBG was specifically committing $23.2 million to "Russian-language programming," adding that "the Kremlin’s pervasive propaganda campaign is poisoning minds across Russia, Russia’s periphery, and across Europe."

The real reason for the budget increase has less to do with concerns of objectivity, and is actually about Washington’s concern that channels like RT are actually doing their job effectively, presenting audiences with a viewpoint that challenges those presented by the mainstream press.

Despite its relatively meager budget, RT has an international audience of millions. In the US alone, 2.8 million people in major cities watch RT weekly, according to 2014 Neilsen ratings. In the United Kingdom, RT viewership tops American behemoth Fox News. Across the Middle East, RT Arabic is watched by 6.7 million people every day.

With that kind of reach, it should come as no surprise that the US government is concerned enough to beef up its foreign media arm. Last April, Helle Dale, Senior Fellow for Public Diplomacy at the Heritage Foundation, pointed out that Voice of America ranks 3,828 in Russia, while RT ranks 61.

"[Radio Free Europe/Radio Liberty]’s presence and reputation in Russia, it must be added, took a beating in 2012," Dale admitted, citing poor management and the lack of qualified journalists. She also noted that RT is "flourishing."

This lack of popularity could be directly proportional to its credibility.

"If the topic is something embarrassing to the United States, such as Julian Assange or Edward Snowden," Rall told Sputnik, "I would trust Russian media more."