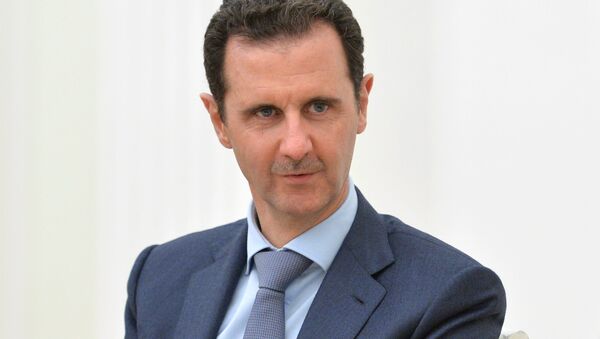 US Department of State spokesperson Mark Toner claims that Syrian President Bashar Assad, who has ruled his country for more than 15 years, is delusional and an illegitimate ruler.

Truth Time for Obama: Defeat Daesh With Russia's Help or Try to Oust Assad
WASHINGTON (Sputnik) — Syrian President Bashar Assad, who has ruled his country for more than 15 years, is delusional and an illegitimate ruler, US Department of State spokesperson Mark Toner told reporters.

"We don't believe it [Assad’s government] has any legitimacy, but others do," Toner stated on Friday. "He [Assad] is not a legitimate leader for his people… He is deluded if he thinks there's a military solution to the conflict in Syria."

Toner was responding to an interview Assad gave to the French news agency Agence-France Presse (AFP) published earlier on Friday in which the Syrian leader said he intended to retake the whole country from rebel forces.

Toner was also speaking a day after US Secretary of State John Kerry and Russian Foreign Minister Sergei Lavrov led a meeting of the International Syria Support Group (ISSG) in Munich to agree on trying to establish a ceasefire between the Syrian government and opposition forces within a week.