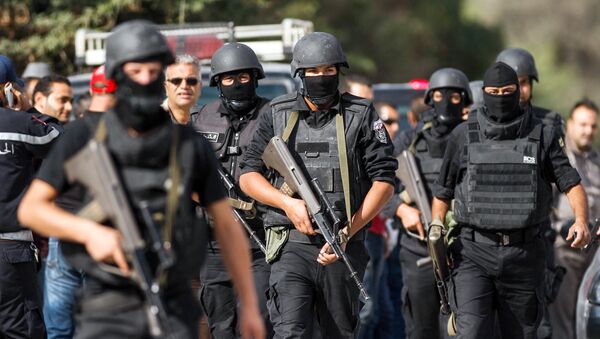 Interior Ministry said that Tunisian security forces have managed to uncover a terrorist cell during an anti-terrorism operation in the northeast of the country.

Moscow Ready to Develop Anti-Terrorist Cooperation With Tunisia
MOSCOW (Sputnik) – Tunisian security forces have managed to uncover a terrorist cell during an anti-terrorism operation in the northeast of the country, the Interior Ministry said Thursday.

"Anti-terrorism units…managed to stop the activities of a terrorist cell linked to terrorist elements operating in Libya, as well as militants that are in the mountains in the Kasserine province," the ministry said in a statement published on its Facebook page.

According to the statement, four members of the cell have been arrested, the fifth has managed to escape.

The ministry said the cell had planned terror attacks in Tunisia's city of Sfax.

On Sunday, Tunisian Defense Minister Farhat Horchani said the construction of a protective wall all along the border with Libya had been completed, in order to prevent militants of the Daesh group, which is outlawed in Russia and several other countries, from reaching Tunisia.