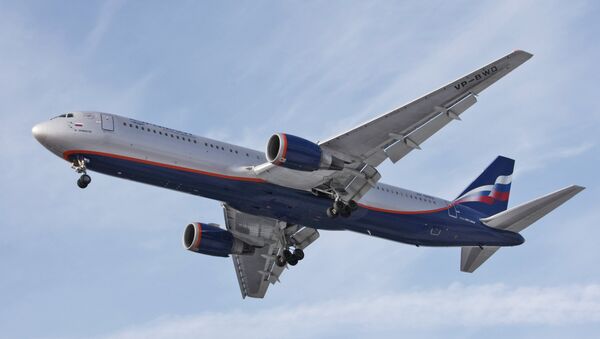 MEXICO CITY (Sputnik) – Orenair Flight 2554 was scheduled to fly to the Russian capital of Moscow on Wednesday. It took off from Punta Cana International Airport at 6:47 p. m. local time (22:47 GMT), but declared an emergency several minutes later and had to land.

"The passengers have not received their baggage, this will require certain action, but they have been taken to the Believe hotel, nobody was hurt," Zaemsky said on Thursday.

According to Zaemsky, the aircraft made an emergency landing because of an engine failure. The ambassador told RIA Novosti that a different plane will likely be sent to the Dominican Republic to pick up the Russian passengers and take them to Moscow.