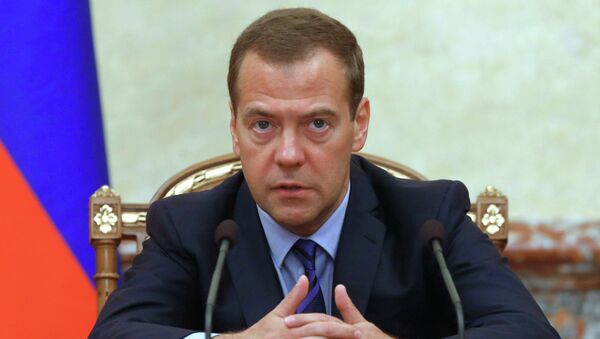 © Sputnik / Dmitry Astakhov
/
Go to the photo bank
Subscribe
As Turkey and Saudi Arabia edge closer to sending ground forces into Syria at the behest of the United States, Russian Prime Minister Dmitry Medvedev has warned that an escalation of the conflict could lead to another war in the world.