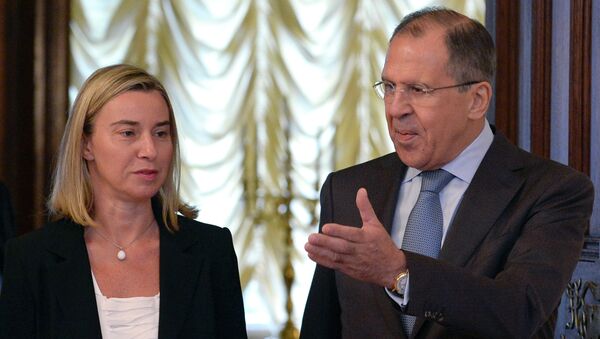 "Topical issues of Russian-EU relations and international issues, including the prospects for the Syrian crisis settlement and the situation in Ukraine have been discussed during the conversation," the statement said.

The meeting of the International Syria Support Group (ISSG) of regional and world powers and international organizations is taking place on Thursday in the German city of Munich ahead of the security conference.