Iraq Opposes Foreign Intervention From Any State, Including Turkey 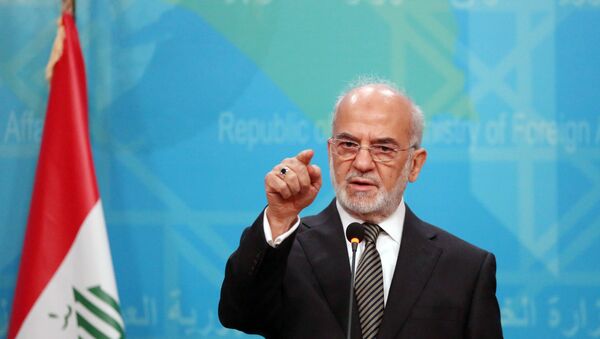 Foreign Minister Ibrahim Jaafari stated that Iraq does not accept any foreign intervention in its territory from any state.

"We firmly stick to the relations with all countries, but we do not accept any foreign intervention in Iraqi territory from any country, including Turkey," Jaafari said in Baghdad during a joint press conference with Russian Deputy Prime Minister Dmitry Rogozin.

Last week, the Turkish Foreign Ministry announced the tightening of its visa regime with Iraq in a bid to fight undocumented migration. The Iraqi foreign ministry pledged a retaliatory move.

Turkish-Iraqi relations deteriorated in December 2015, when Ankara deployed troops and tanks to a base in the Nineveh province in Iraq, without Baghdad’s approval. Turkey subsequently stated that its troops had entered Iraq to ensure the security of the Turkish soldiers previously deployed at the base to train local militias fighting against terrorist groups. Baghdad has termed Ankara's actions hostile, and a violation of Iraq's sovereignty.