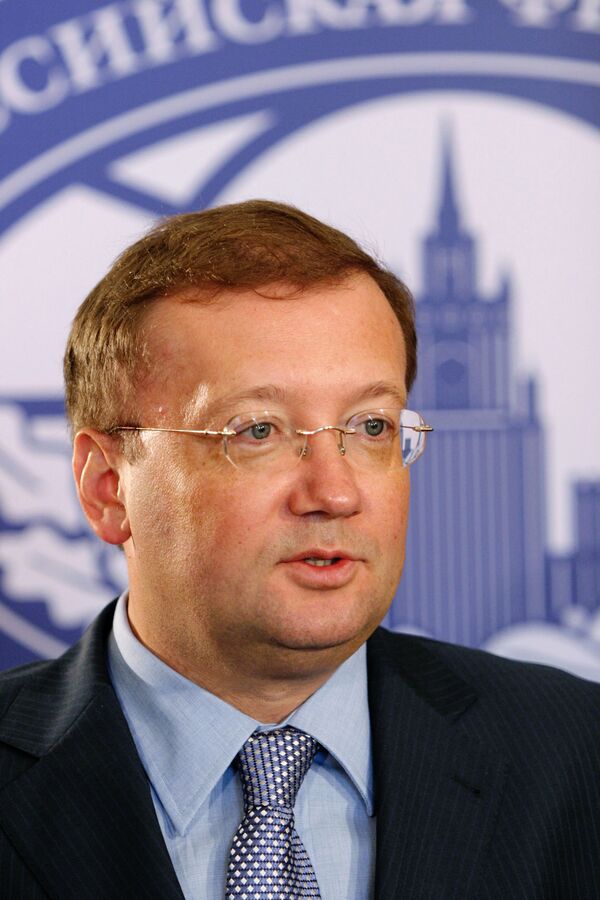 The Syria Donors Conference, hosted by the United Kingdom, could have been more productive, if its participants had taken into account the interests and needs of internally displaced people, or IDPs, in war-torn Syria, Russian Ambassador to the United Kingdom Alexander Yakovenko said.

Donor Countries Pledge Record $10 Bln to Syria, Over Half for 2016
MOSCOW (Sputnik) – Last week, the Syria Donors Conference 2016 brought together world leaders, international organizations and charities in London to attempt to find ways of alleviating the plight of millions of Syrians caught in the civil war that has ravaged the country since 2011.

The ambassador recalled that Russia had hugely contributed to the effort to provide assistance to the devastated Syrian population, as it has adequately donated to UN-based international organizations and other relevant organizations.

Yakovenko added that the conference participants managed to collect over $14.5 billion to help Syrian refugees.

The Syrian government was not invited to take part in the conference, which, according to Russia, is "unacceptable," as the government legally coordinates humanitarian aid in the country, the ambassador said.

Syria has been in a state of civil war for almost five years, with government forces fighting against the so-called moderate opposition, a well as jihadist groups.

The internal conflict, instability and humanitarian crisis in the country have forced millions of Syrians to flee their home, becoming either internally displaced or asylum seekers searching for refuge abroad.