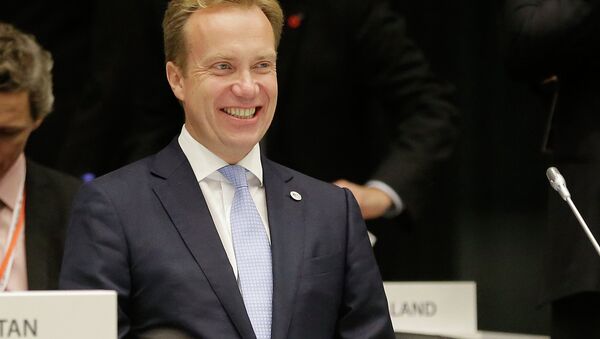 "It is important to maintain contact in difficult times. Norway and Russia always enjoyed neighborly relations in the north, and we continue to cooperate in various areas despite disagreements on a number of issues," Brende said opening the Kirkenes conference in the northeastern Norwegian town on the Russian border.

The minister named "human to human" contacts and so-called people’s diplomacy as cornerstones of Russian-Norwegian ties.

Brende provided examples of successful cooperation between the two countries, including managing fish resources in the Barents Sea, expanding a visa-free regime allowing Russian holders of special "border resident" passports to visit the village of Neiden.

He added that constructive dialogue led to the reduced number of new refugee arrivals into Norway across the Russian border last November.

The Kirkenes conference brings together politicians, economists, scientists and civil society representatives to discuss pressing international relations issues in the North. The main topic of this year’s conference are relations with Russia in the current geopolitical environment, the refugee issues and resource management.