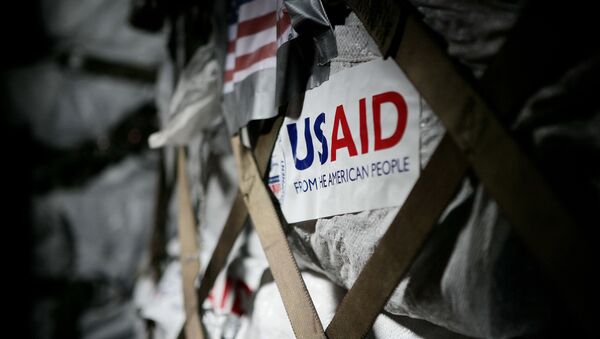 A US Department of State official said that USAID will spend nearly $1 billion in energy, economic, defense and civil society programs to counter Russian actions in Ukraine, Georgia, Moldova and Central Asia.

"The countering Russian aggression total is $952 million dollars, and this expands resources in Ukraine, Georgia, Moldova, but also for other countries in Central Asia," the official stated. "Programs that we are supporting with these funds are… enhancing energy security, supporting financial reforms, trade and economic diversification and increasing some defense capabilities."

The State Department official noted that the aid to counter Russia in the listed countries and regions would also focus on eliminating corruption and supporting rule of law, among other civil society efforts.

USAID, the official added, is requesting a total of $34 billion in foreign assistance for fiscal year 2017, which is $1.1 billion less than fiscal year 2016.

In addition to countering Russia, the official explained, the $34 billion in foreign assistance will be dedicated to the crisis in Syria and Iraq, global health, climate change, food security, education and programs to assist countries vulnerable to extremism.

President Barack Obama is requesting $50.1 billion overall for fiscal year 2017 for the US Department of State and USAID, including $14.9 billion in overseas contingency operations, according to the State Department.