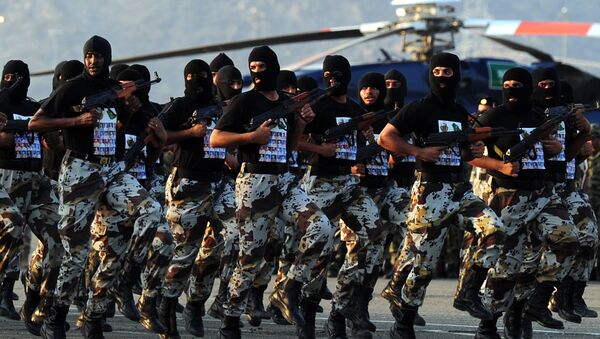 © AFP 2021 / MUSTAFA OZER
Subscribe
Saudi Arabia has offered to send special operations forces to the Syrian battlefield in a move that, experts say, would only escalate tensions in the war-torn country which is trying to tackle a deadly foreign-sponsored insurgency.

The oil kingdom "has expressed its readiness to provide special forces to [the US-led anti-Daesh ground] operations should they occur," Saudi Foreign Minister Adel al-Jubeir told reporters on Monday following a meeting with US State Secretary John Kerry. He did not provide additional details on how many troops the kingdom was ready to provide.

However, last week reports emerged that Riyadh could deploy thousands of special forces in a move that would likely be carried out in coordination with Ankara. 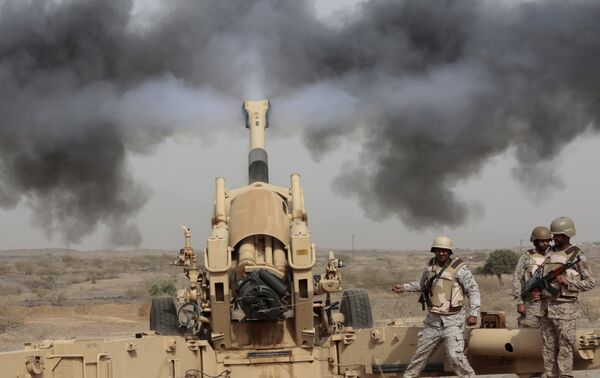 Iran: Saudi Willingness to Invade Syria Reflects US Failure
Saudi Arabia made waves earlier this month when Riyadh announced that it was willing to send ground troops to Syria. The Saudi Defense Ministry did not specify whether the Sunni nation wanted to deploy conventional troops or special forces at the time.

The deployment, should it occur, will ostensibly be aimed at tackling Daesh, but many experts remain unconvinced. After all, Saudi Arabia has supported militants, who are trying to overthrow the legitimate government in Damascus. Moreover, Riyadh has largely focused its efforts on its military intervention into Yemen and has not done much to defeat the brutal Sunni group in Iraq and Syria.

"Saudi Arabia's participation in the bombing campaign against [Daesh] was never more than a gesture," editor and critic Patrick Smith wrote for The Fiscal Times. The Saudis are "suddenly motivated because their war is at bottom sectarian and their guys are losing it."

Riyadh's increased activities are largely linked to Moscow and Damascus' success on the ground. In recent weeks, the Syrian Arab Army, assisted by Russian warplanes and its local allies, has made significant gains in key provinces, particularly in Latakia and Aleppo.

"What the western media characterizes as a 'quagmire' has all the makings of a stunning victory for the Russian-led coalition that is gradually reestablishing security across Syria while sending the invaders running for cover," US journalist Mike Whitney recently wrote for the CounterPunch magazine.

Operation of Russian Aerospace Forces in Syria
© Sputnik
000000
Popular comments
Sigh.. Here we go again... The Saudi Barbarian army is a mercenary force. Officers, jet & heli-pilots are blackwater (former low-ranks) and retired pilots from Iraq & Pakistan. Infantry are Somalians, Pakistanis and Ethiopians. NCO´s are Colombians mostly. How did they perform so far in Yemen? Yes, you got it, so bad that the Houtis are occupying parts of southern S.A and weekly kills several hundreds of them in Tochka ballistic missile attacks only. Mercs fight for money. They are not prepared to die for a medieval kingdom of inbreed monkey retards and if Houtis can muster such a successful resistance how would these low-moral mercs do against determined Syrians,Hezbollah, Iranians with SAA & RuAF air support in Syria? Go figure...