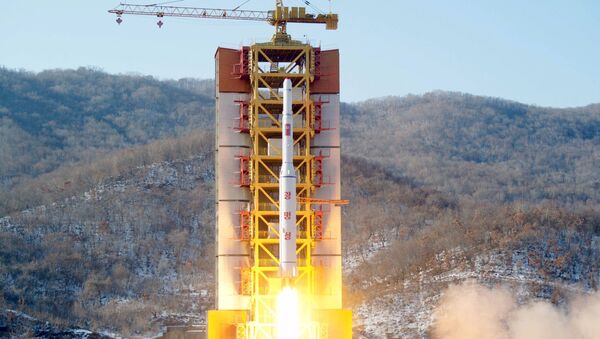 Japan calls on Pyongyang to stop developing ballistic missiles, according to a resolution adopted on Tuesday, two days after North Korea launched a long-range rocket.

North Korea's Newest Satellite Passed Over Site of Super Bowl 50
TOKYO (Sputnik) — On Sunday, North Korea fired a long-range rocket to place a satellite into orbit, defying a UN Security Council resolution which bans Pyongyang from launching rockets that could be used as ballistic missiles carrying nuclear warheads and evoking condemnation from the international community.

"This is a serious provocation that threatens the peace and security of both our country and the regional and international community," the resolution, adopted by the lower house of the Japanese parliament, said.

Following the reports about North Korea’s rocket launch, Japanese Prime Minister Shinzo Abe's office said that Tokyo, in close cooperation with the international community, would not hesitate to take measures against North Korea. On Monday, Abe said that Tokyo would tighten unilateral sanctions against Pyongyang.