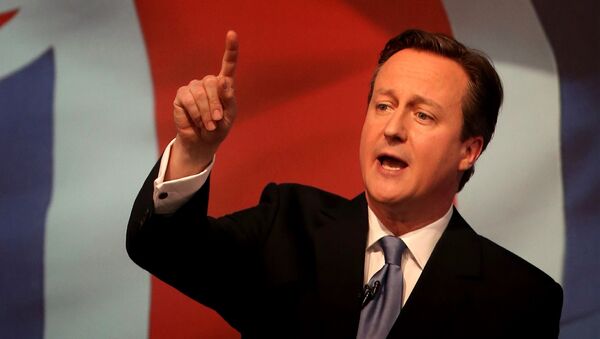 MOSCOW (Sputnik) — Cameron is set to announce the establishment of six so-called "reform prisons" by the end of 2016, which will have their budgets managed by governors, who will have "complete control" over the way the facilities are run, according to the media outlet.

"It can be easy for us all — when prisons are closed off by high walls and barbed wire — to adopt an 'out of sight, out of mind' attitude. I want this government to be different," Cameron is expected to say, as quoted by the Sky News television channel.

In the first ministerial speech on the prison system in 20 years, Cameron is also set to increase oversight of prison management.

In December, local media reported that thousands of foreign and British prisoners in the United Kingdom are expected to have their jail terms cut under plans by Justice Secretary Michael Gove to lower the prison population.

According to a UK parliamentary report, as of 2012-2014, the United Kingdom had one of the highest imprisonment levels in Europe. According to the study, safety in UK prisons has deteriorated due to budget cuts and austerity reforms.