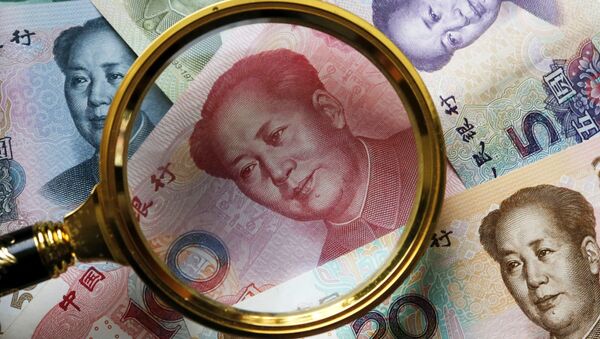 Moscow is discussing the possibility of settling payments with Beijing and Tehran in national currencies to intensify agricultural trade, an aide to the head of Russia’s agricultural watchdog Rosselkhoznadzor said Monday.

Golden Triangle: Iran, China, Russia to Drive the World Away From Dollar
MOSCOW (Sputnik) — In November 2015, Russian President Vladimir Putin said Moscow should intensify the use of national currencies in bilateral payments with Iran.

In December 2015, Charge d'Affaires at the Chinese Embassy in Russia Zhang Xiao said that the value of trade between Russia and China could reach the equivalent of $100 billion if the sides used national currencies for mutual payments and modernized the model of bilateral economic cooperation.

"As we know, the [Russian] Finance Ministry is working on creating a scheme [of payments in national currencies]… This issue has been repeatedly discussed at Russian-Chinese negotiations as well as with Iran," Aleksei Alekseenko said an agricultural exhibition in Moscow.