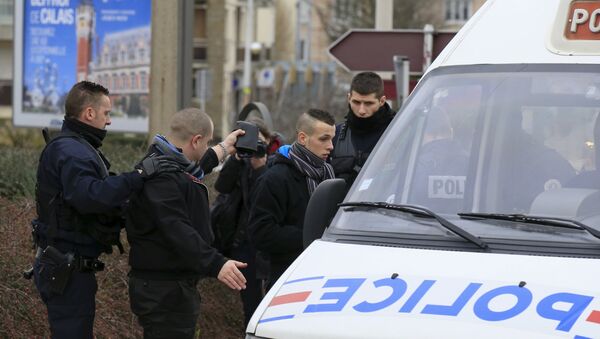 The French government is responsible for the arrest of a 75-year-old former commander of the Foreign Legion who protested against the republic’s Islamisation, a retired general turned activist told Sputnik France on Monday.

RT Video Spurs Calais Police Trade Union to Go to Court
MOSCOW (Sputnik) — French Gen. Christian Piquemal was detained on Saturday for allegedly co-organizing an illegal Pegida rally in the northern French city of Calais, home to a huge camp of mostly African migrants. He was reportedly released on bail earlier today, pending a court hearing in May.

"This was not a reaction of local authorities – the government is behind it [the arrest]," former French Army Gen. Didier Tauzin claimed.

Tauzin, who has been critical of the French government over its military involvement in Rwanda in the 1990s, said that French authorities were not legitimate anymore.

"What we see today in France is uproar over migrants and the government, its inaction on immigration, and many other issues," Gen. Tauzin said, adding he was one of the first generals to confront the government over its policies.

Gen. Tauzin warned that France faced serious threats to its national security, including its national unity, and even risked ethnic and religious wars in its territory. He said he planned to run for presidency in 2017 to change this.

Gen. Piquemal was arrested in central Calais together with 20 other participants as they were waving national flags and signing the national anthem. Skirmishes erupted when police moved in to break up the unsanctioned protest.