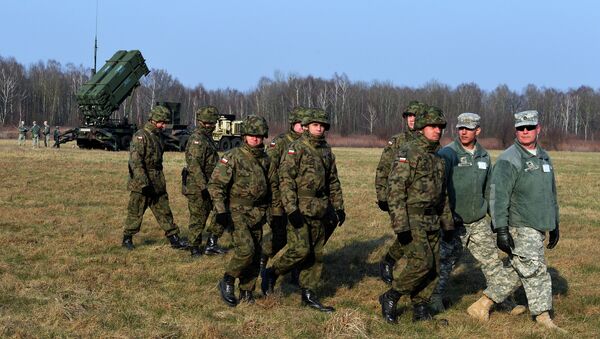 According to RAND Corporation's estimates, Russian military forces can overrun NATO's Baltic footholds in 60 hours; in order to rule out the possibility of such an imaginary scenario the report offers to increase NATO's spending by another $2.7 billion.

‘NATO Expanded Eastwards to Help Russia to Give Up Its Imperial Temptation’
American war planners continue to get themselves worked up with Russia's imaginary "threat," using the phantom menace to convince Washington and NATO to increase their already bloated defense budget.

A Cold War-style RAND Corporation report suggests that Russian military forces could reach the outskirts of the Baltic capital cities of Tallinn and Riga in 60 hours.

"Across multiple games using a wide range of expert participants playing both sides, the longest it has taken Russian forces to reach the outskirts of Tallinn and Riga is 60 hours," the study says.

"Such a rapid defeat would leave NATO with a limited number of options, all bad," it stresses.

Gotland Wants Russian Investment to Boost Economy, Then Warns Of ‘Invasion’
"RAND came to its 'unambiguous' conclusion after a series of wargames it conducted between the middle of 2014 and early 2015," Dave Majumdar, the Defense Editor of The National Interest, explains in one of his latest articles.

However, RAND made a few recommendations on how to handle the "threat."

The study suggests that "a force of about seven brigades, including three heavy armored brigades — adequately supported by airpower, land-based fires, and other enablers on the ground" — is likely to prevent the rapid overrun of the Baltic states.

"In all, the report puts the figure for fielding seven brigades to deter potential Russian aggression at about $2.7 billion," Majumdar points out.

The study's authors, however, wasted no time in justifying the spending:

"That is not a small number, but seen in the context of an Alliance with an aggregate gross domestic product of more than $35 trillion and combined yearly defense spending of more than $1 trillion, it is hard to say that it is a fortiori unaffordable, especially in comparison to the potential costs of failing to defend NATO's most exposed and vulnerable allies — of potentially inviting a devastating war, rather than deterring it," the report says.

However ludicrous the scenario may be, the study reflects NATO's trend toward amassing military forces in Central and Eastern Europe, in close proximity to Russia's borders, under the false pretext of Moscow's "threat." 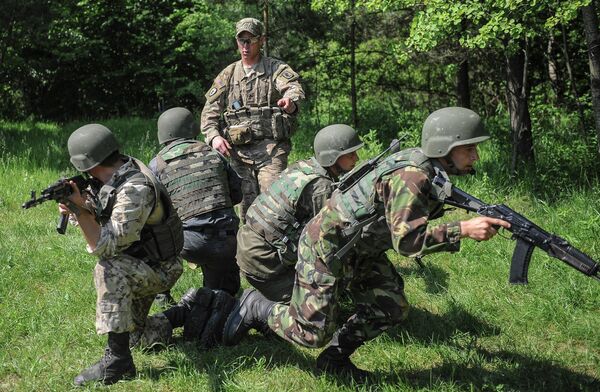 ‘Provocative’ NATO Build-Up Threatens Remaining US-Russia Ties
Earlier this week US Defense Secretary Ashton Carter announced that the Pentagon is planning to increase its spending in Europe from $789 million to $3.4 billion in order to counter "Russian aggression."

The move was qualified by Russian Foreign Ministry spokeswoman Maria Zakharova as an attempt to "create grounds to implement military plans against Russia and take practical steps to push military infrastructure closer to Russia's borders."

Nearly simultaneously the BBC program released a hypothetical WWIII scenario, where Russia "invades" Latvia. Russian Ambassador to Latvia Alexander Veshnyakov called the show a "dangerous provocation" aimed at demonizing Russia and justifying the needs of the military lobby to increase the spending of NATO in Europe."