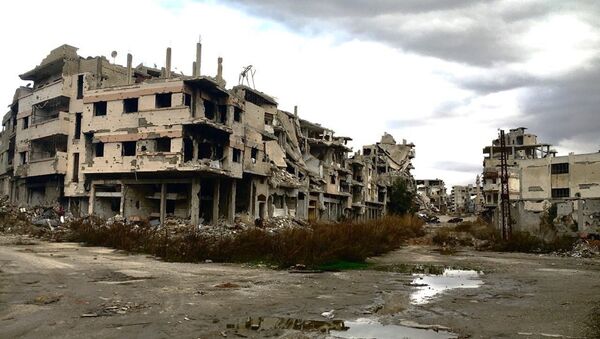 The United Arab Emirates’ (UAE) statement on the country's readiness to deploy ground troops in Syria is a political provocation intended to put pressure on parties participating in the Geneva peace talks on the civil war settlement, a member of the Syrian Social Nationalist Party Tarek Ahmad told Sputnik on Sunday.

"First of all, I don't believe that they are going to send any ground troops to Syria. By making this statement, the Gulf states hope to use pressure and existing means of leverage on the parties to talks in Geneva," Ahmad said.

In Saudi Arabia’s Footsteps: UAE Poised to Send Ground Troops to Syria
The Syrian politician said that the Gulf States and Turkey had decided to "derail the talks in Geneva," as Riyadh-backed Syrian opposition started to lose its influence on the Syrian settlement after Damascus had liberated strategically important besieged areas with the help of Moscow’s air campaign.

The UAE's announcement came less than a week after Saudi Arabia said that if the US-led antiterrorist coalition decided to launch such an operation, Riyadh would follow suit.

Moreover, Bahrain said on Saturday that it was ready to send ground forces against Daesh militants as part of the US-led coalition.