Al-Qaeda Claims Responsibility for Attack on UN Base in Mali 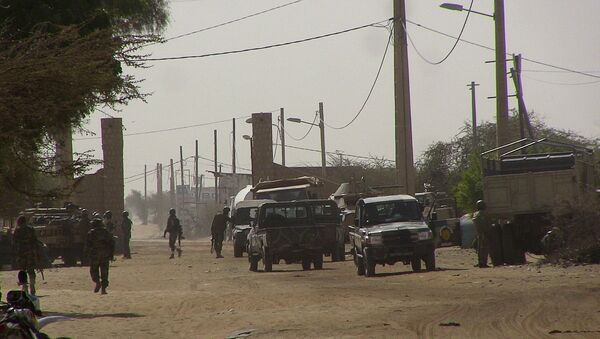 Islamist organization al-Qaeda in the Islamic Maghreb (AQIM) claimed responsibility for an attack on a UN base in the Mali city of Timbuktu, SITE Intelligence Group said in a statement Saturday.

Mali Government Extends State of Emergency Until March 31 - Reports
MOSCOW (Sputnik) — The militants detonated a vehicle near the base of the UN peacekeeping mission in Mali (MINUSMA) in the former Hotel Palmeraie on Friday. A group of gunmen simultaneously attacked a Timbuktu checkpoint under control of the Mali army.

A Malian serviceman and four militants were reportedly killed in the attack, three servicemen were injured.

AQIM had claimed responsibility for the November attack on a hotel in the capital of Mali, Bamako, which left at least 19 people dead.

Mali has been in crisis since a 2012 military coup. The UN mission has been present in the country since 2013.